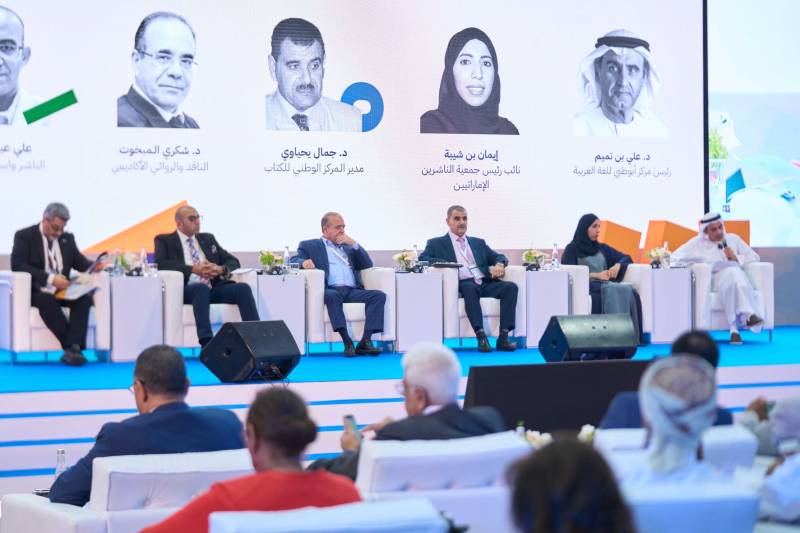 SHARJAH - Curtains came down on the sixth edition of the Arab Publishers Conference (APC), with the presence of 627 publishers and an interested audience, and with the participation of 35 publishers and speakers who led eight lively discussions over two days.

Organised by the Arab Publishers Association and the Emirates Publishers Association, and with a strategic partnership with the Sharjah Book Authority, on the sidelines of the 41st Sharjah International Book Fair, the two-day conference was held under the theme, 'Arab Content Industry and Post-pandemic Challenges'.

The concluding day of the conference on Thursday witnessed four discussion panels that deliberated on the realities of the Arabic language and the Influence exerted on it by contemporary Arabic writers and publishers. Speakers also reflected on the future of Arabic libraries and freedom of expression, in addition to exploring the impact of the global supply crisis on the publishing sector.

Sharjah is an incubator of culture and creativity

In the concluding session, Rashed Al Kous, Executive Director of the Emirates Publishers Association, discussed the recommendations of the 6th edition and lauded the efforts and vision of His Highness Sheikh Dr Sultan bin Mohammed AlQasimi, Supreme Council Member and Ruler of Sharjah, which placed books and knowledge as the central pillars of the emirate's cultural and developmental project. This vision has since elevated Sharjah as a World Book Capital and reinforced its position as a hub for cultural exchange with countries around the world.

The 6th APC released a set of recommendations, including conducting a study by the Arab Publishers Association to prepare and predict the future of book fairs in light of the increasing number of ebooks and audiobook platforms to enable publishers to find the right balance between the traditional print mode and the current digital versions.

APC called for intensifying efforts to protect intellectual rights in the Arab region and activate laws and legislation to safeguard the rights of authors and publishers. It also called for the continued commitment of international book fairs to ban the participation of blacklisted publishers. Additionally, under the recommendations, publishers called for creating a database of websites that violate copyrights and intellectual property laws and make available illegal copies to consumers. The database will enable competent authorities in each country to ban access to these sites to limit the impact of piracy on the publishing market in the Arab region.

To bridge the gap in the skill sets of stakeholders in the industry, APC recommended that the Arab Publishers Association forge partnerships with regional and international entities to fund training workshops for publishers. To support publishers in adapting to post-pandemic transformations and seizing new opportunities to increase sales, APC recommended the need for forging effective partnerships to boost marketing opportunities, including online and on-ground.

They also recommended the importance of studying the experiences of publishers in various countries and regions, such as India and Africa, and finding how they benefited from virtual education during the pandemic to direct further investments in educational content designed for virtual environments.

The final recommendation by APC called for coordination with various publishing organisations, associations and unions in the region and internationally to overcome challenges in the global supply chain logistics of the publishing industry.