Muslims attacked, lynched in India after being accused of spreading coronavirus: Report 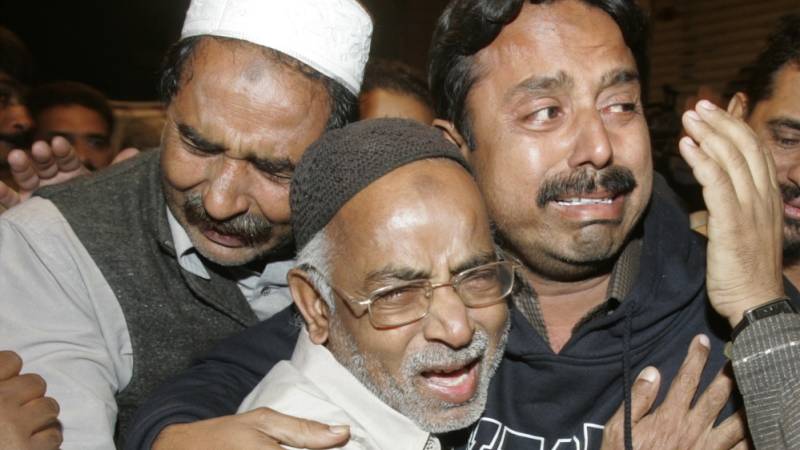 NEW YORK - The outbreak of coronavirus in India has setoff a series of attacks against Muslims across the country, with the health ministry of the Hindu nationalist government of Prime Minister Narendra Modi claiming that Muslims are spreading the virus, according to a leading U.S. newspaper.

“Young Muslim men who were passing out food to the poor were assaulted with cricket bats,” The New York Times said in a New Delhi-datelined report.

“Other Muslims have been beaten up, nearly lynched, run out of their neighborhoods or attacked in mosques, branded as virus spreaders,” the paper said, highlighting that Hindu extremists were scapegoating the country’s entire Muslim population for deliberately spreading the virus through “corona jihad”.

Sikh temples in Punjab State, it added, are urging people not to purchase milk from Muslim dairy farmers because it is allegedly infected with the coronavirus.

Hateful messages have also grown online. According to the Times, fake videos have popped up calling on Muslims not to take protective measures, including wearing masks and practicing social distancing, and urging them not to worry about the virus at all as if they aimed to let Muslims get infected with the virus.

According to the Times, Indian officials estimated last week that more than a third of the country’s cases were connected to Tablighi Jamaat, which held a huge gathering of preachers in India in March.

The paper said the rising anti-Muslim attacks came after the government claimed that more than a third of the country’s 8,000-plus coronavirus cases were connected to Muslims.

Mohammed Haider, who runs a milk stall, one of the few businesses allowed to remain open under India’s coronavirus restrictions, said, “Fear is staring at us, from everywhere.’’

“People need only a small reason to beat us or to lynch us,’’ he said. “Because of corona.’’

Muslim leaders expressed concern over the new wave of hatred, recounting a February attack by Hindu mobs on Muslims in a working-class neighbourhood in Delhi that claimed the lives of dozens of people in the presence of police.

“The government should not have played the blame game,” Khalid Rasheed, the chairman of Islamic Center of India, said. “If you present the cases based on somebody’s religion in your media briefings,’’ he said, “it creates a big divide.”

“Coronavirus may die,” he added, “but the virus of communal disharmony will be hard to kill when this is over.”

According to the Times, some Hindu nationalist politicians and their supporters have seized on the situation, eagerly piling on the anti-Muslim sentiments that have been building in recent years under Prime Minister Modi’s government.

“Here in India, no other group has been demonized more than the country’s 200 million Muslims, minorities in a Hindu-dominated land of 1.3 billion people,” the report pointed out.

“From the crackdown on (Indian occupied) Kashmir, a Muslim majority area, to a new citizenship law that blatantly discriminates against Muslims, this past year has been one low point after another for Indian Muslims living under an increasingly bold Hindu nationalist government led by Prime Minister Narendra Modi and propelled by majoritarian policies.”

Sensing the backlash against Muslims, The New York Times said India’s health ministry had stopped blaming Tablighi Jamaat at public briefings.“Certain communities and areas are being labeled purely based on false reports,” the health ministry said in a statement a few days ago. “There is an urgent need to counter such prejudices.”

Earlier this month, India introduced a new law that would make its citizens eligible to become permanent residents of the Indian occupied Kashmir, raising fears of demographic change in the Himalayan region.

Since Modi’s Hindu nationalist Bharatiya Janata Party came to power in 2014, cow vigilantism by pro-Hindu groups has also surged in India although most of the country’s 29 states have banned the killing of cows for meat.

Human Rights Watch and activist groups have condemned rising brutal attacks in the country by self-appointed “cow protectors” against Muslims and lower castes over rumors that they trade or kill cows for beef.

The selling of beef is banned in several Indian states and its consumption is now permitted in only eight of the country’s 29 states and territories.