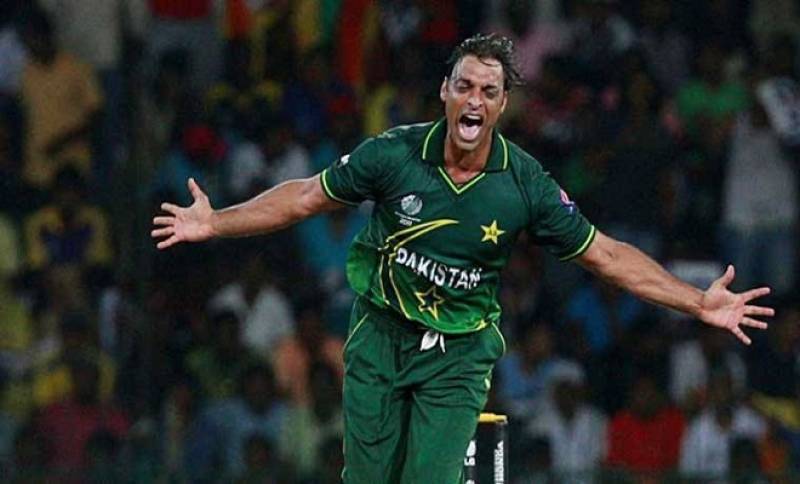 ISLAMABAD - Citing the example of opening batsman Abid Ali, former pacer Shoaib Akhtar believed more youngsters would have given the chance to prove their mettle in the One Day Internationals (ODIs) and Twenty20 series against Sri Lanka.

Abid played a solid inning of 74 runs off 67 balls and smashed 10 fours in the second ODI against Sri Lanka. Now, Pakistan would meet the 1996 World Cup winners in Lahore for a three-match T20 series beginning from Saturday.

“Abid got a chance in the squad when opener Imam-ul-Haq got unfit. Why doesn’t Pakistan team try such solid players,” he said on his YouTube channel.

The Rawalpindi Express said, however, Abid must work on playing spinners better. “I hope Abid and Azhar Ali would perform better in Pakistan’s upcoming tour of Australia. Azhar was a determined player, whereas, Abid was a good back foot player but it would be a test for him,” he said.

However, Akhtar said the worrying point for him was Pakistan’s bowling which didn’t click in the ODI series. “A weak Sri Lankan team was able to score 297 runs in the second ODI. Wahab Riaz conceded 81 runs in 10 overs,” he said.

Akhtar said who would bowl the new ball for Pakistan in the upcoming Tests against Australia. “Muhammad Amir and Wahab have already pardoned from playing Tests,” he said.

The pacer said the ODI and T20 series against an average Sri Lanka was the best time to try out youngsters like Muhammad Husnain, Musa Khan, Naseem Shah and Usman salahuddin.

“We need pacers who can bowl 10 overs. Husnain won’t be able to prove his worth if he was given a chance on the upcoming tour of Australia without being tested here,” he said.

Akhtar said skipper Sarfraz Ahmed was not performing better on the No 5 spot. “If Sarfraz was unable to perform as a batsman than would he be able to retain his position as a skipper,” he questioned.

Speaking about the upcoming Pakistan-Sri Lanka T20 series, Akhtar said the same Ahmed Shahzad and Umar Akmal were recalled in the squad instead of trying new talent. “Pakistan team should have played five new players in the series and should have established a red ball training camp to polish their skills,” he said and added Pakistan cricket team management needs to think very carefully about the future.

However, Akhtar lauded the revival of international cricket in Pakistan after Sri Lankan team’s tour to Karachi and Lahore.