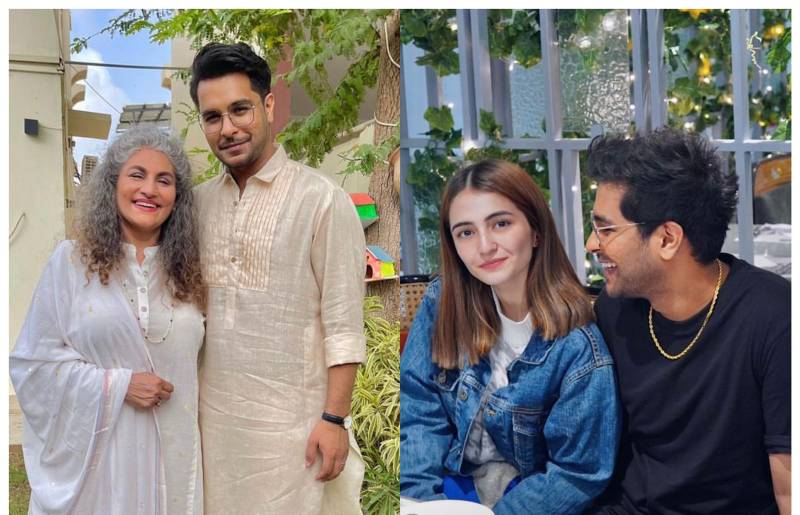 Pakistani singer Asim Azhar is the heartthrob of millions undoubtedly and juggles his personal and professional life with ease,

Azhar's sweet personality and humility are quite famous among his fans and followers. The Habibi singer set quite a few examples through his actions as he values the woman of his life the most.

In his latest live performance, the Ghalat Fehmi singer mesmerised his fans and family with his amazing vocals and charming persona, Among the die-hard fans were his fiancée, Merub Ali, and his mother Gul-e-Rana to support their gentleman.

On the work front, Azhar's latest project Habibi has been making rounds on the internet and received praises from fellow celebrities not to forget Bollywood rapper Badshah tripping to the catchy song.