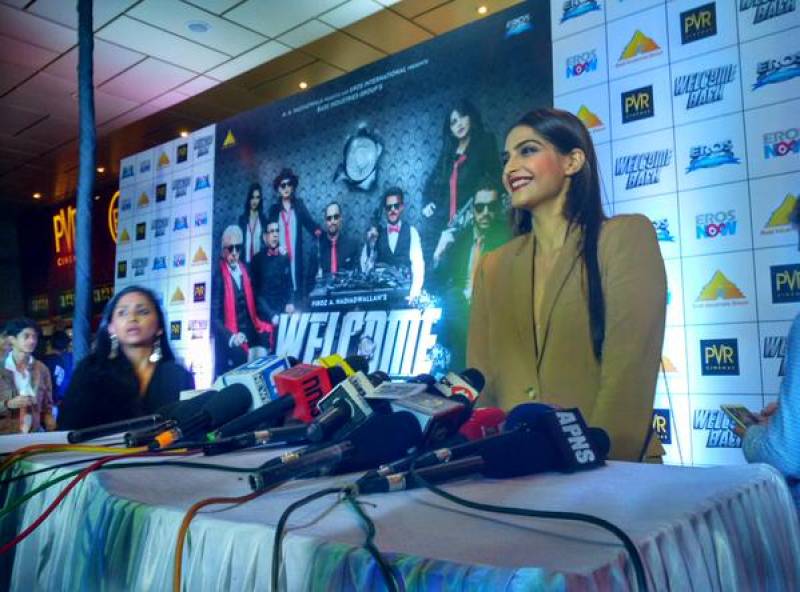 MUMBAI (Web Desk) - Bollywood star Sonam Kapoor has once again dared to go bare in a premier show to promote her father's upcoming movie "Welcome Back".

The actress, who happens to be a daughter to Anil Kapoor, was seen along her father wearing a StellaMcCartney outfit exhibiting her skin little more than past. According to Indian media reports the actress appeared to be absolutely sensual and confident in her uber-revealing outfit.

Afterwards the Kapoor girl also posted her pictures in the same outfit on both Twitter and Instagram. "#welcomeback is a super fun entertaining masala film!! Watch it for full paisa vasool!!," she said in social media posts.

Welcome Back is an  Indian action comedy film directed by Anees Bazmee, and produced by Firoz Nadiadwala which has been released worldwide on September 4. It is a sequel to the 2007 film Welcome, featuring Nana Patekar, Anil Kapoor and Paresh Rawal reprising their roles from the prequel. John Abraham and Shruti Haasan are new additions to the lead cast.