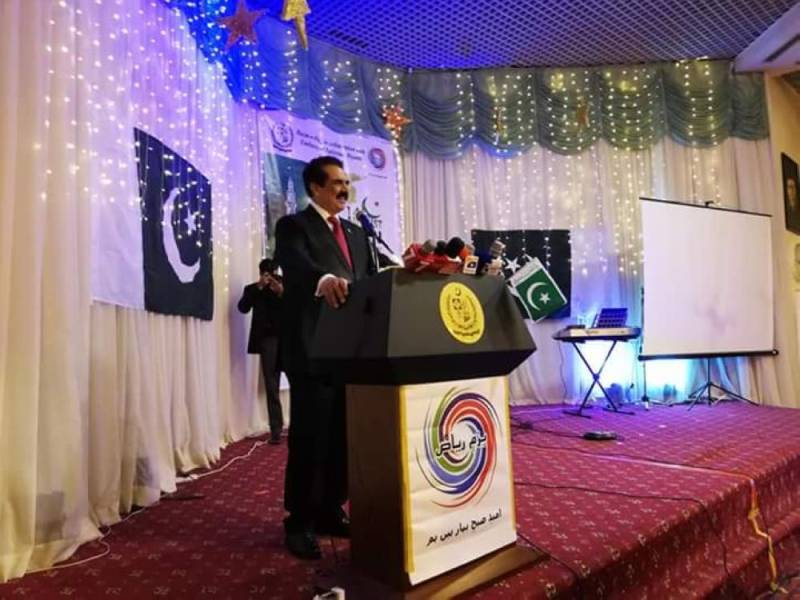 RIYADH - Former chief of army staff General Raheel Sharif expressed hope that Pakistan will soon emerge as an economic power in the world.

Addressing a ceremony program organized by Bazm-e-Riaz in collaboration with the Embassy of Pakistan to celebrate the 71st independence day of Pakistan in Saudi Arabia, the ex-army chief also attached hopes with the newly-elected government of Pakistan Tehreek-e-Insaf (PTI) for the progress of the country.

The Commander-in-chief of Islamic Military Alliance, who was a special guest in the program, said, “We have to work together as one nation for its progress". He said that democracy was flourishing in the country.

“We hope that the new upcoming government will do a progressive work for Pakistan and its peoples,” he added.

“Our progress is ongoing. I believe the economic situation becomes better in those countries where peace and stability are better. Every overseas Pakistani is the ambassador of the country so each one of you needs to show higher values to highlight Pakistan in other countries of the world," Saudi Gazette quoted Sharif, as saying.

"Pakistan has a great potential, wherever I go in the world and in Saudi Arabia, I feel proud of them. Pakistanis are known for their hard work and wonderful abilities and they have built their own and unique identity on the basis of their extraordinary talent.

"Our country came into existence with a great struggle that includes the sacrifices of millions of lives so it’s now our duty to strive as one nation for its survival. Our ancestors greatly struggled to make this country, our current generation needs to play a valuable role to strengthen the country,” he said.

"Pakistanis in Saudi Arabia have performed many noble acts which can be proudly highlighted. Our doctors, our engineers, and our manpower are our assets and our pride,” he said.

Speaking about Kashmir the Ambassador said, "Kashmir is the aorta of Pakistan and the day is not far when the Kashmiris will be free from cruelty and able to breathe in the atmosphere of freedom. Today we have to pledge with ourselves that Pakistan is first to us," he concluded.