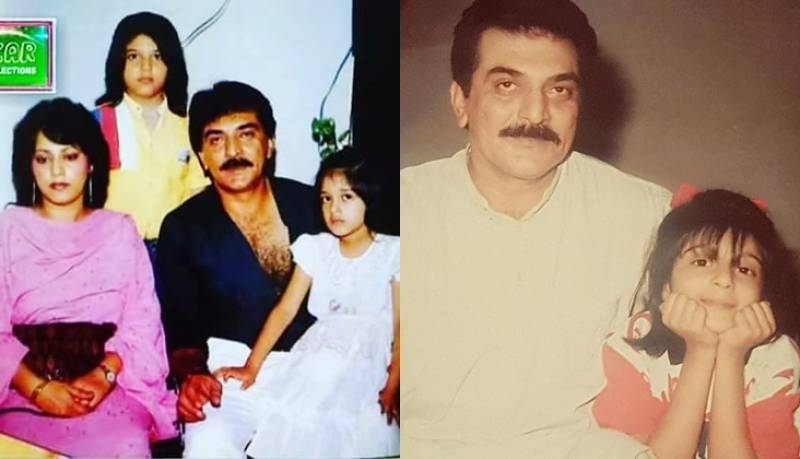 KARACHI - Veteran actor Abid Ali’s daughters, Iman Ali and Rahma Ali denied rumours of his demise through social media. After the news of the actor’s deteriorating condition surfaced, a few broadcasts and digital media outlets speculated that he has passed away.

However, responding to the rumors, sisters Rahma Ali and Iman Ali took to social media to denounce the false news. “He is alive Alhamdulillah! And will be Insha’allah! At the hospital sleeping,” wrote Rahma. She also requested the news outlets to refrain themselves from posting such baseless stories. 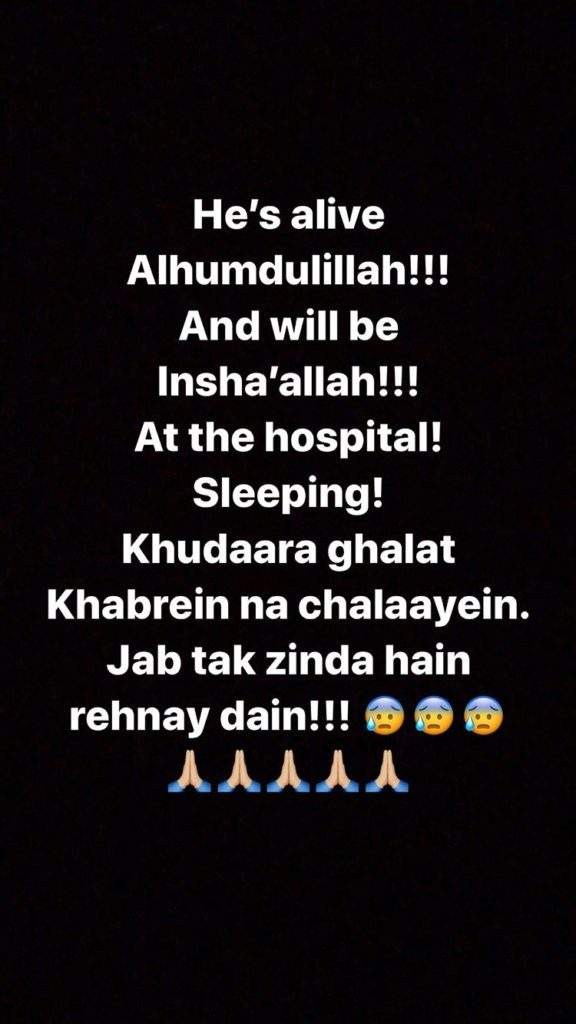 The actress Iman Ali also called the act “utterly disgusting and disturbing.” She also shared her family is in a state of turmoil due to the namely breaking news. “The power of the written word is very strong and should be treated with respect,” she continued. 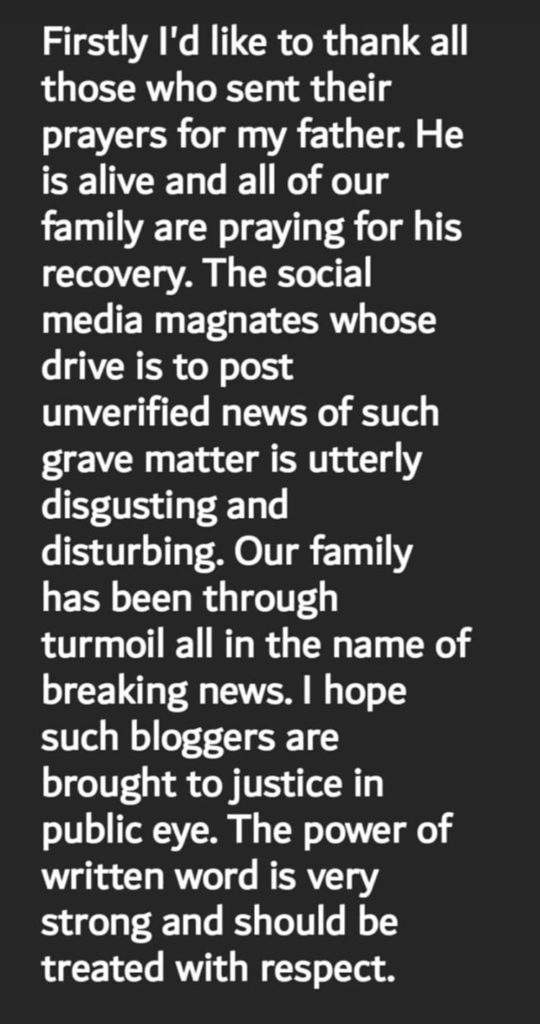 Earlier on Tuesday, Abid Ali's daughters have shared the news of their father’s sickness through social media, urging others to pray for his health. Various celebrities have also requested their fans to pray for the legendary actor amid an outpour of love and prayers.

KARACHI - Veteran Pakistani actor, director and producer Abid Ali has been hospitalised, his daughter confirmed on ...

Born in Quetta, Ali is the recipient of the prestigious Presidential award – Pride of Performance. He has three daughters, including Rahma and model and actor Iman Ali. He was recently seen in the film Heer Maan Ja alongside Ali Rehman Khan and Hareem Farooq.

Here’s wishing him a speedy recovery!