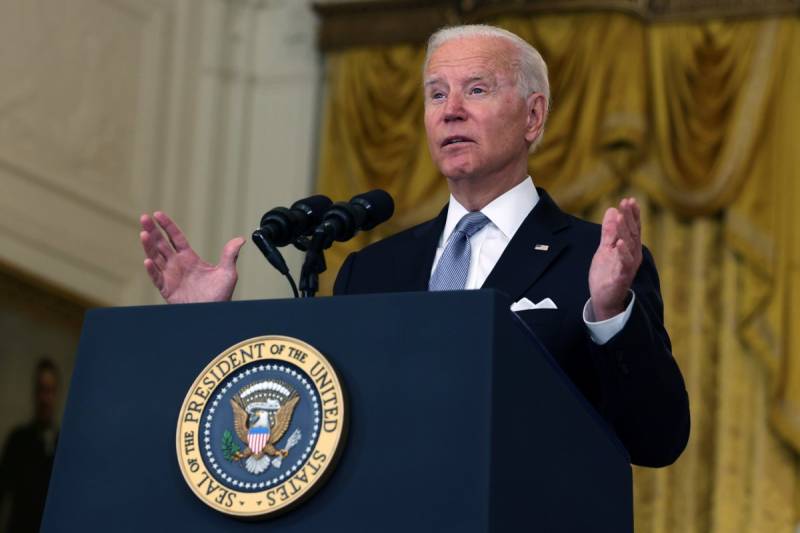 WASHINGTON – US President Joe Biden Friday directed the Justice Department and other agencies for possible release of documents related to the 9/11 attacks to ‘shed new light on the role of accomplices in the plot that killed nearly 3,000 people’.

The announcement comes days before the 20th anniversary of the 2001 attacks as Biden ordered to declassify additional materials into the attacks that have been held back from disclosure in court on ‘national security grounds’.

Biden said he made a commitment to ensuring transparency regarding the declassification of such documents when he ran for presidency.

A statement issued by the US President cited “Today, I signed an executive order directing the Department of Justice and other relevant agencies to oversee a declassification review of documents related to the Federal Bureau of Investigation’s September 11th investigations. The executive order requires the attorney general to release the declassified documents publicly over the next six months.”

The pressure from victims' families is reportedly behind Biden’s move as grief-stricken families have long expressed frustration at the number of documents that remain off-limits.

Around 1,700 people, who were directly affected by the 9/11 attacks, called on Biden to skip next week’s memorial events unless he released the ‘secret’ documents.

WASHINGTON – US President Joe Biden Tuesday termed the decision to exit from Afghanistan as the ‘best ...

The distressed members of the horrific incident have long-sought documents related to whether Saudi aided or financed any of the people associated with Al-Qaeda who carried out the attack.

The outlawed terror outfit founded by Osama bin Laden, operatives crashed three jets into the twin towers while a fourth hijacked plane – believed to be targeting the US Capitol building – crashed near Pennsylvania.

Around fifteen of the hijackers were said to be from Kingdom however US commission found no evidence that Saudi directly funded the terror outfit. The Kingdom is being sued for billions of dollars by the 9/11 attack affected families, and by more than 20,000 people who suffered injuries, businesses, and various insurers.

LAHORE (Staff Report) - At least 107 people were killed and 238 injured when a crane crashed through the ceiling of the ...