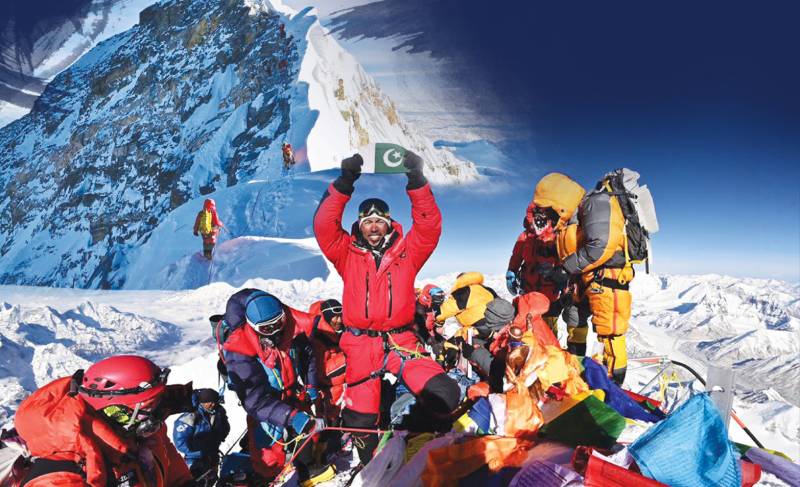 Speaking at a news conference at a local hotel on Friday, the 32-year-old revealed his departure for Nepal to attempt Mt. Dhaulagiri – the world's seventh highest peak standing at 8187m.

The young mountaineer, who hailed from Aliabad town of Pakistan’s north, said the Himalayas mountain range is known as one of the hardest peaks to climb due to its steep sides other than the bitterly cold climate however he was poised about his chances as he recently Mt Everest.

Sirbaz Khan has announced that he is going to climb #Dhaulagiri in #Nepal next. Standing at 8,167m, its the 7th highest mountain in the world. He already has 8 #8000ers to his name and if he becomes successful, he'll become the first #Pakistani ever to stand atop Mt. Dhaulagiri. pic.twitter.com/6rmsFj8D6P

Recalling the dream of his mentor and late Pakistani mountaineer Ali Sadpara, he said I am looking forward to the expedition and reaching closer to the dream of a Pakistani high-altitude mountaineer who lost his life while attempting to scale the world's second-highest peak.

Furthermore, the young climber also urged the people to focus on other sports as well besides cricket. He also shed light on the enormous cost of climbing mountains, saying “the equipment for climbing is very expensive therefore more sponsors need to come forward and support climbing”.

Khan further added that health insurance and free education in this specific field for climbers are much needed in light of the current economic situation in the South Asian country.

Meanwhile, the mission is being sponsored by Serena Hotels, under its adventure diplomacy initiative that aimed at fostering adventure sports in Pakistan and providing a supportive environment for the nation’s talented sportspeople to flourish.

Serena Hotels South and Central Asia chief executive officer (CEO) Aziz Boolani said: “Serena Hotels takes pride in supporting climbers like Samina Baig in the past as well as Sirbaz Khan who made us extra proud by summiting Mt Everest this year. We wish him all the best for this upcoming treacherous expedition.”