‘Don’t worry, everything will be okay,’ ISI chief tells journalist in Kabul 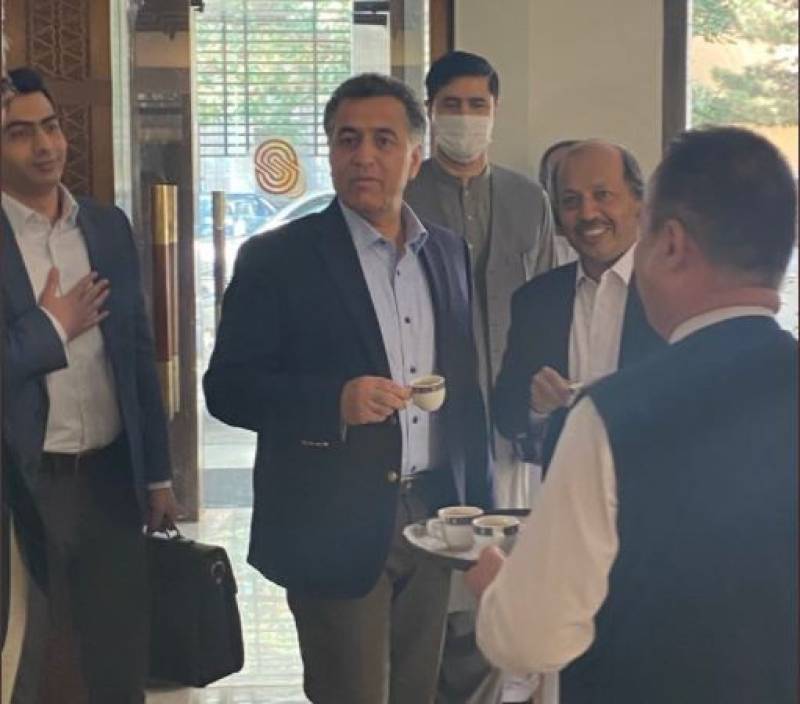 As the delegation reached the Pakistan Embassy in Kabul, a foreign journalist asked the spy chief if he is going to meet senior people in the Taliban movement.

The journalist further asked, “What do you hope is going to happen in Afghanistan?”

Replying to the question, the ISI chief said: “Don’t worry, everything will be okay."

"Will you be meeting senior people in the Taliban?"@lindseyhilsum asks Pakistan’s intelligence chief Lt Gen Faiz Hameed, about their hopes for Afghanistan as he arrives in Kabul. pic.twitter.com/rp72c8Si9E

Pakistan’s Ambassador Mansoor Ahmed Khan, who was also present at that time, said:  “We are working for peace and stability in Afghanistan."

According to media reports, the Pakistani delegation will call on Taliban government's intelligence chief Najibullah along with other top officials.

Sources said that both sides will discuss matters of mutual cooperation. An official statement about the top-level meetings is yet to come.