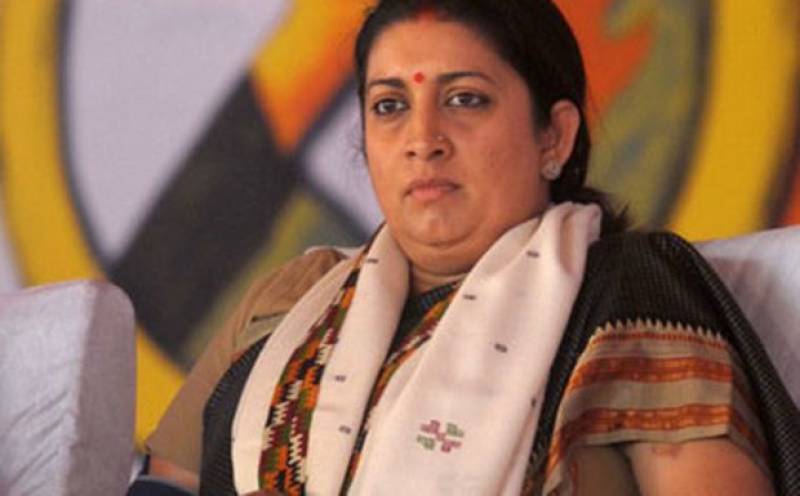 CALANGUTE (Web Desk) - Union human resource development minister Smriti Irani reported voyeurism to Goa police which filed an FIR on the basis of a CCTV camera footage that had recorded her while she tried out some clothes at the Fabindia outlet in Candolim, a tourist spot 15km from Panaji, around 12.40pm on Friday. Irani is in Goa with her husband Zubin Irani on a two-day private holiday.

Irani probably saw the camera in the mirror and turned towards it, because the video footage shows her turning towards the camera and then storming out of the trial room, sources later said.

Rushing out of the cubicle and raising an alarm, Irani and her husband confronted the staff of the store and demanded they be shown the CCTV footage. Zubin is learnt to have also called up the local BJP MLA Michael Lobo, who called the police.

"Police sealed the shop and inspected the showroom. Four staffers of the store were arrested by the crime branch, which was handed over the investigation. The MD, CEO and regional manager of Fabindia have been called for questioning on Saturday," SP (crime) Karthik Kashyap told TOI.

Sources aware of the shop's interiors said the CCTV camera was installed high on a wall outside the trial room with its lens focused into the trial room through a foot-high ventilation gap.

Footages revealed while the minister's head and neck is visible as she tries out an outfit, the camera is placed in such a manner that the person's back and the reflection in the mirror are also visible.

The store's staff told the police that the CCTV camera was installed after a spate of thefts, and police, on checking past CCTV footages, found the camera had video recordings of women trying out clothes in the cubicle for the last couple of months.

"This is nonsense. This is happening all over. There are people who take videos of you like this when your body is exposed and then try to defame you," Irani is learnt to have told Lobo and the police. She left the store soon after giving her statement to the police, returning to the hotel in Baga where she is staying.