The baby jumping festival of Spain--Photos 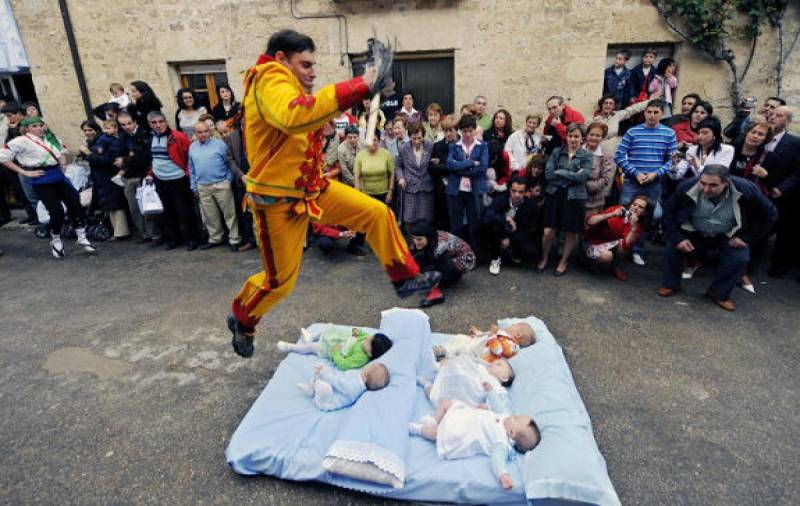 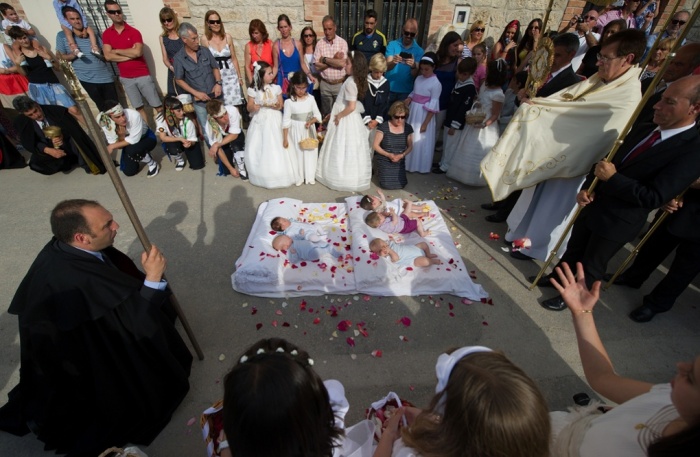 The festival dates back to 1620 that takes place to celebrate the Catholic feast of Corpus Christi every year. 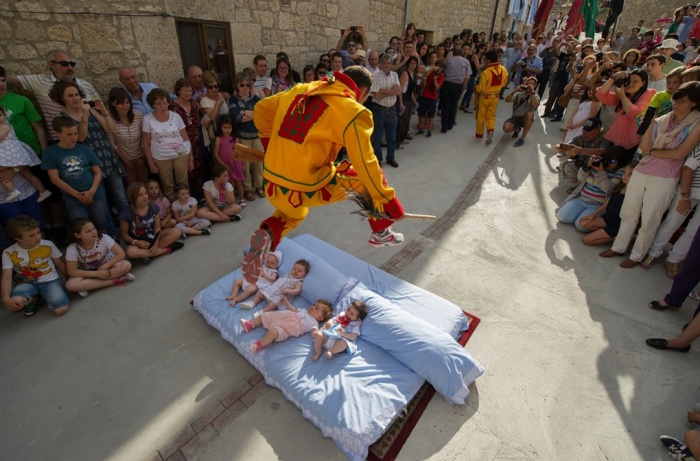 During the festival the Colacho -dressed like devil- jumps over the babies placed on the mattresses on route traversing the town and reach a decided goal. 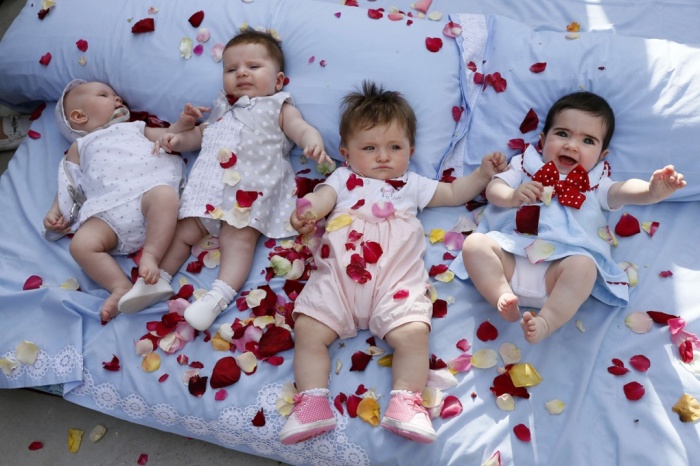 Few years ago Pope Benedict had asked the Spanish priests to distance themselves from El Colacho, and to downplay the tradition’s connection with Catholicism but the festival still goes on. 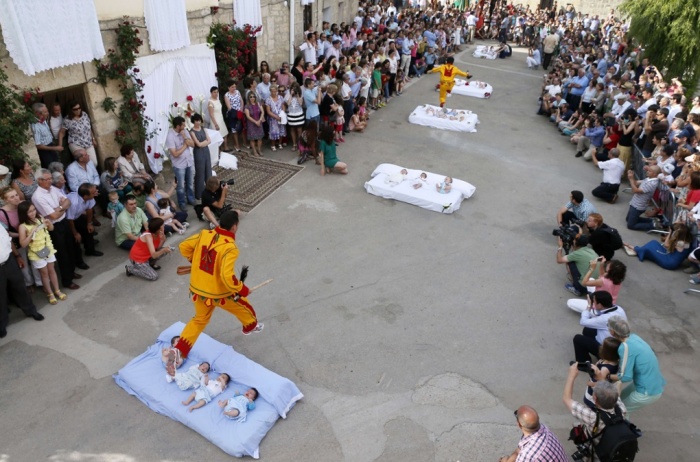