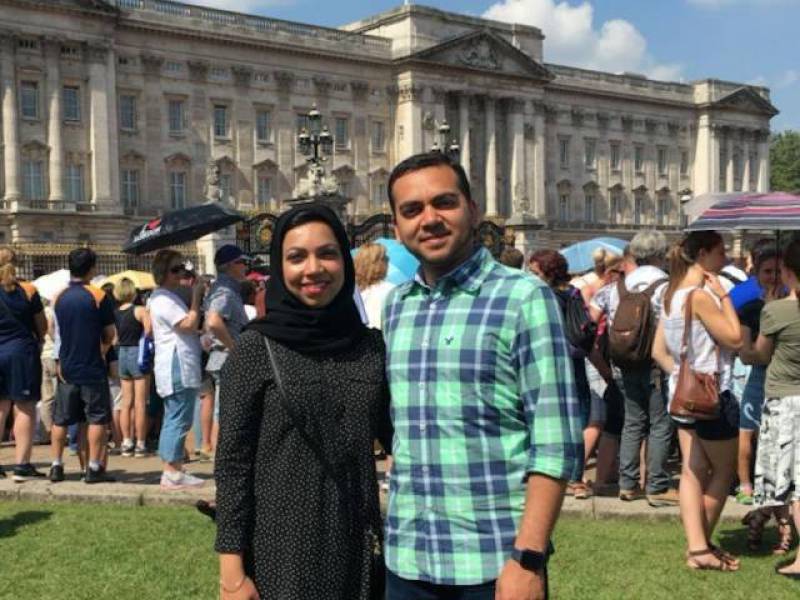 CINCINNATI (Web Desk) - A Pakistani-American couple who accused Delta Airlines for singling them out because flight crew noticed them ‘sweating’ and saying ‘Allah’ have opened up about their ordeal for the first time.

Faisal Ali and Nazia Ali were waiting for about 45 minutes on a Delta Airlines flight in Paris to fly back to Cincinnati, Ohio when an employee asked them to exit the aircraft as he needed to ask them questions.”We asked if we should get our stuff and he said, ‘Yes, take all of your stuff as you won’t be on that flight’,” Nazia told The Independent.

“That was really alarming. I was scared because it looked like some random guy was taking pictures of our passports on his personal phone,” she said. The Delta employee explained that the pilot had decided to ask them to leave as one of the crew members had felt ‘uncomfortable’ in their presence, as the crew member had reportedly seen Faisal hide his phone as they walked by, and that he had been sweating and saying ‘Allah’.

After interrogating them about their stay in Paris, where the couple went to celebrate their 10th wedding anniversary, the officer said he had no problem with them and there was nothing else he could ask the couple. When Faisal asked what they had done wrong, the agent said, “You have done nothing wrong, unfortunately this is the way the world is right now. It is Delta’s word against yours.” They finally boarded the plane and Nazia said she still felt scared. “We now know that just because you’re on the flight doesn’t mean you won’t be asked to leave – until you’re airborne,” she said.

On the other hand, Delta Air Lines says it’s investigating an Ohio Muslim couple’s claim that they were removed from a return flight from Europe after an airline employee singled them out because of their appearance.

A statement from Delta also says the company will issue a full refund of the couple’s airfare for the July 26 flight from Paris to Cincinnati-Northern Kentucky International Airport.