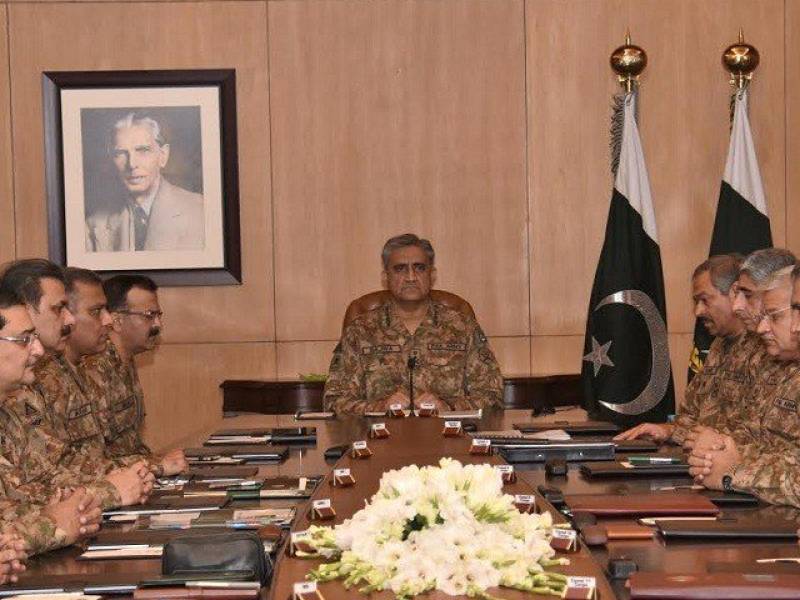 The decision has been taken after India illegally ended occupied Kashmir's special status by abrogating Article 35A and Article 370 on Monday.

The conference will deliberate on the consequences that the whole region will suffer after the move by New Delhi.

The CCC will devise strategy following Indian army's cowardly move to hit civilians with banned cluster bombs along the Line of Control (LoC) as well the internal and external security situation of Pakistan.

Predominantly Hindu India and Muslim-majority Pakistan have fought three wars since 1947, when the two nuclear powers both gained independence from the UK, and came close to another in 1999.

Wars in 1947 and 1965 were fought directly over Kashmir, and ongoing violence has killed more than 47,000 people since 1989. This toll, however, doesn’t include people who have disappeared due to the conflict, and some human rights groups and nongovernmental organizations put the death toll at twice that amount.

Kashmir initially remained independent and was free to accede to either nation. When the Hindu king of the princely state, Maharaja Hari Singh, chose to join India in exchange for military protection, Jammu & Kashmir became the only Muslim-majority state in the South Asian country.

Jammu & Kashmir covers around 45% of Kashmir, in the south and east of the region, while Pakistan controls Azad Kashmir, Gilgit & Baltistan, which cover around 35% of the total territory in the north and west. Both countries claim complete ownership of Kashmir; also in the picture is China, which controls around 20% of Kashmir territory known as Aksai Chin.

NEW DELHI - The Narendra Modi-led BJP regime in India has proposed bifurcation of state of Jammu and Kashmir, defying ...

The issue is also one of the oldest items on the agenda at the United Nations, where India and Pakistan took their dispute soon after independence.

Both countries agreed to a plebiscite in principle, to allow Kashmiris to decide their own future, but it has never been held because it was predicated on the withdrawal of all military forces from the region, which has not happened even decades on.

Indian authorities wanted to show that they could guarantee the rights of Muslims in a secular state, but Kashmir is also key to Pakistani identity as a homeland for Muslims after partition in 1947.