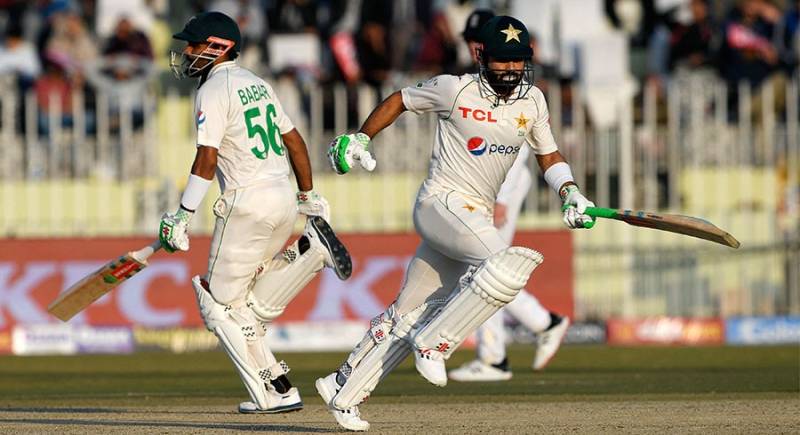 Chasing 343 runs, Pakistan bowled out for 268 runs in the dying moments of the last day of the match. England’s Anderson and Robinson grabbed four wickets each.

The last day's play started with Pakistan looking for 263 to bag the first game.

On Day 4, Stokes led squad managed to get quick wickets after setting Shaheen's target of 343 to secure a maiden win in historic Test series. Abdullah Shafique and skipper Babar Azam returned to the pavilion in their second innings before Imam-ul-Haq and Saud Shakeel ended day four at the crease on 80-2.

After Abdullah Shafique’s wicket, experienced player Azhar Ali was unable to continue batting after getting injured. He was hit on the tip of his right index finger.

England declared their second innings on 264-7 to set hosts a target of 343 in the first Test on Sunday.

Babar led squad made 579 all out in reply to England's first innings total of 657 on day four of the first Test.