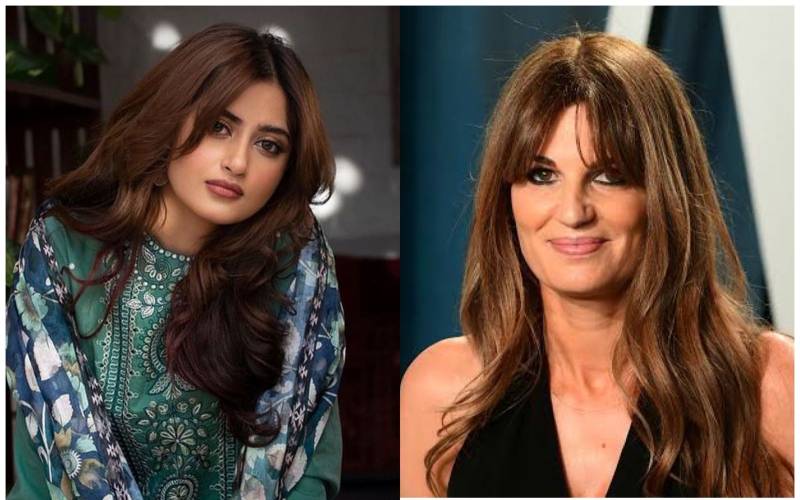 Sajal Aly has been making headlines for her spectacular work in Jemima Goldsmith's What's Love Got To Do With It.  A fan and critics’ favourite, Aly is a talent powerhouse who has now won the heart of many, including Goldsmith.

In an interview after the premier of the film at the KSA Red Sea International Film Festival, the Sinf e Aahan actor applauded Jemima for portraying a positive image of Pakistan.

“I also feel that this is the very first project of Pakistan where Jemima has highlighted Pakistani culture in a very right way beyond every industry norm that Pakistanis being terrorists and stuff like that. You know! Just bringing different cultures together through the music, through the dialogues, it’s just amazing.”

Reposting Sajal's video, Jemima gushed over the Alif actress and wrote that “I love her. Can’t wait for people to see her in our film.”

Can’t wait for people to see her in our film. pic.twitter.com/Emvsh3K4NO

Film ‘What Love Got to Do with It’ is Sajal Aly’s first Hollywood project and she is getting international recognition widely for the film. The film has been produced by Jemima Khan.

On the work front, Aly was last seen in Aangan, Alif, Yeh Dil Mera, Ishq E Laa, and Sinf-e-Aahan. Moreover, she is all set to star in an upcoming web series with Wahaj Ali and Nazish Jahangir.