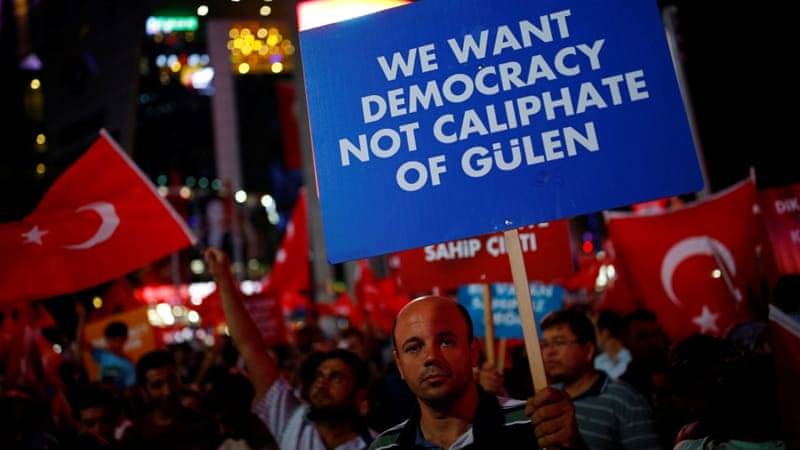 ANKARA – Turkey on Tuesday put a $12.8 million bounty on dozens of Fetullah Terrorist Organization (FETO) fugitives, the group behind the 2016 defeated coup.

Seventy-four fugitive FETO ex-soldiers were added to the the Interior Ministry's wanted list on Tuesday with 12 in the top category.

One putschist was included in the orange and 61 others were added to the gray category in the wanted list.

The wanted list is divided into five color-coded categories, with red as the most wanted, followed by blue, green, orange and gray.

Suspect Ali Kalyoncu, an ex-Turkish brigadier general, was placed in the red category of the wanted list with a 4-million-Turkish-lira bounty (approx. $770,560).

Regarded as a senior figure, Kalyoncu was in capital Ankara on July 15, 2016 to command armed tanks and armored vehicles to occupy many critical spots including the headquarters of the Turkish General Staff.

Ahmet Zeki Gerehan, a former colonel, and Burkay Karatepe, an ex-captain, have been named in the red category.

Karatepe was part of a team assigned to assassinate President Recep Tayyip Erdogan.

FETO and its U.S.-based leader Fetullah Gulen orchestrated the defeated coup of July 15, 2016, which left 251 people martyred and nearly 2,200 injured.

Ankara accuses FETO of being behind a long-running campaign to overthrow the state through the infiltration of Turkish institutions, particularly the military, police and judiciary.