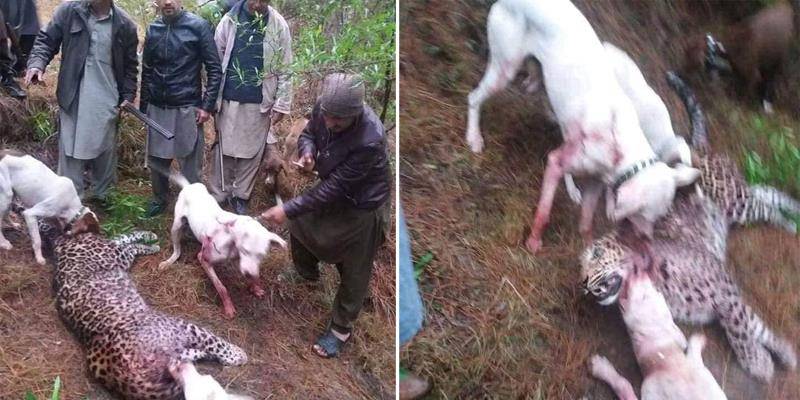 According to details, the village was terrorized to witness a leopard, roaming about in the local community in search of prey.

Dozens of villagers start chasing the young hungry leopard after it attacked a goat in the area. The locals shot the leopard on the spot with help of hounds.

The residents believed that the leopard descended on their settlement from thick forests in the area.

MURREE - A leopard attacked two youths and critically injured them in a suburban area of Murree on Saturday. The ...

The community complained about the lack of arrangements for wildlife conservation by the AJK State Wildlife and Fisheries Department.

The Red List of ‘Threatened Species’ compiled by the International Union for the Conservation of Nature (IUCN) classifies Panthera pardus as a “near threatened” species.

The species is found in the mountains of Kashmir, the Murree hills and parts of Khyber Pakhtunkhwa (KP).

According to AJK Wildlife Department, uncertain weather and constant human pressure on forests had badly affected the natural habitat and food sources of wildlife which is why they descend on residential areas in search of food.

No Wildlife and Fisheries Department team has reportedly reached the village, following the incident so far.