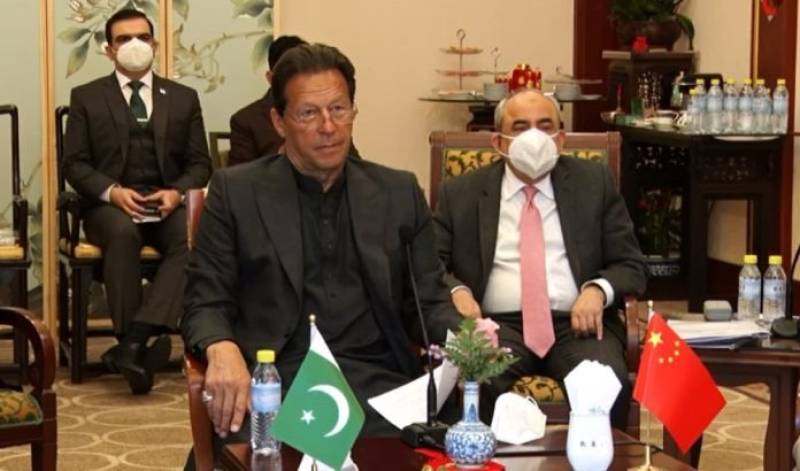 A report of a state-run news agency said the premier held a series of meetings with the executives of Chinese State-owned and private corporate sectors. During the meeting, Khan explained that Pakistan is offering a conducive environment for investment in Special Economic Zones (SEZs) under the China Pakistan Economic Corridor.

Meanwhile, the corporate leaders briefed the Pakistani premier on the progress of their ongoing projects in Pakistan. They also showed keen interest in expanding investments in projects related to the recycling of metals and paper, energy, textile, fiber-optics networks, housing, dairy, and water management, per the APP report.

It also added that PM was accompanied by federal ministers, advisers, and senior officials in the meetings.

Later, Imran Khan also interacted with a variety of Chinese state-owned and private companies which expressed the desire to establish a $3.5 billion worth reprocessing park in Gwadar and a $350 million worth textile cluster near Lahore.

Chinese fertilizer companies also evinced to invest in the export-oriented growth of corn and soybeans besides another one interested in the dairy sector to enhance the export of milk and other dairy products while another Chinese textile firm also planned to build a textile cluster over 100 acres of land on Lahore-Kasur Road by investing $350 million which would also create around 20,000 jobs.

Khan, who is on a four-day visit to China, attended the opening ceremony of the Beijing Winter Olympics 2022 to show solidarity with the neighboring state as the West announced a diplomatic boycott of the event.