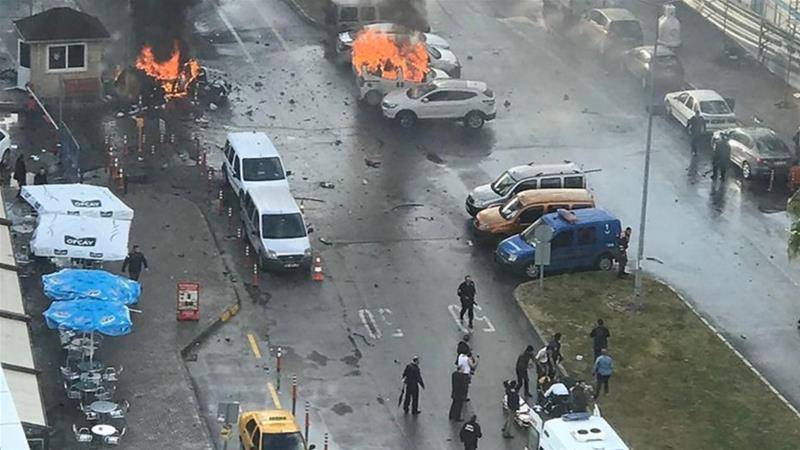 ISTANBUL - A bomb exploded outside a courthouse in the Turkish Aegean coastal city of Izmir, killing a police officer and a courthouse employee besides injuring dozens.

The bomb was planted in a car and exploded outside one of the gates of the courthouse.

Two attackers were killed in a gun battle with security forces, the state-run Anadolu Agency said, adding that the police was hunting for the third attacker.

The bombing comes less than a week after a gunman stormed an Istanbul nightclub killing 39 people during New Year celebrations on Sunday.