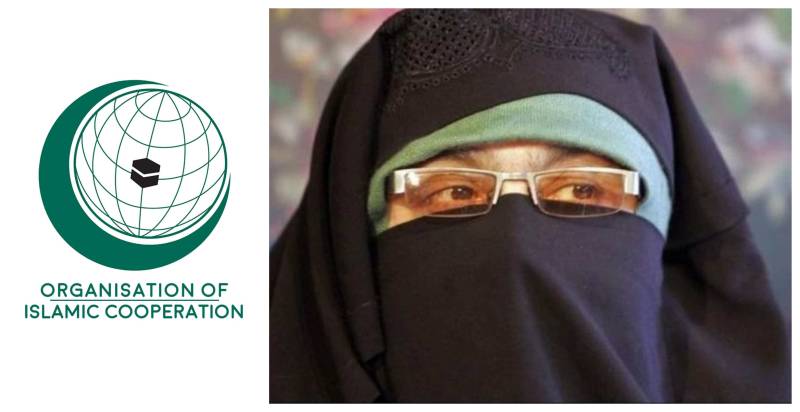 JEDDAH/ISLAMABAD – The Organization of Islamic Cooperation on Tuesday has condemned the imprisonment of Kashmiri leader Asiya Andrabi and her two female associates on baseless charges.

The Independent Permanent Human Rights Commission of the OIC reprimands the prolonged illegal detention of Asiya Andrabi and others under the controversial Unlawful Activities Prevention Act.

The Commission expressed its concerns over the rising incidents of illegal detentions of activists under the Armed Special Forces Power Act, Public Safety Act, and the Unlawful Activities Prevention Act.

The Commission further urged the United Nations and international human rights community to exert pressure on the Indian government to immediately release Ms. Andrabi and her associates along with other political captives.

It further stressed ensuring a free and fair trial, revocation of discriminatory laws, and restoration of all fundamental freedoms of Kashmiris.

Pakistan has welcomed the OIC statement of condemning illegal and inhuman incarceration. The Ministry of Foreign Affairs spokesperson also tweets on the development.