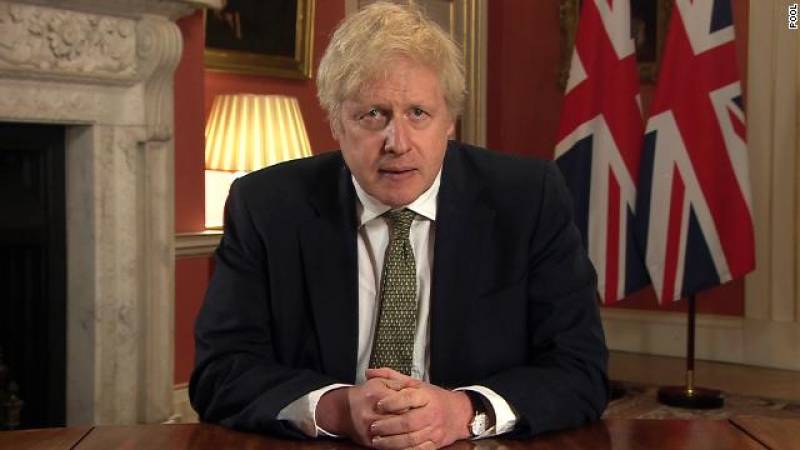 LONDON – England and Scotland have announced countrywide lockdown from Wednesday till mid of next month to control the rising number of coronavirus infections due to the new more infectious variant of the virus.

Announcing the decision in a televised address, Prime Minister Boris Johnson said the new lockdown includes closure of schools, work from home, limits on leaving home and no household mixing.

From today, you must stay at home except for a limited set of exemptions.

A total of 58,784 people tested positive in the UK on Monday, with cases in the last seven days up 50 percent on the previous week.

Overall, Britain has been among the worst hit in the world by the outbreak, with some 2.7 million cases and more than 75,000 deaths.

The measures will be reviewed from February 15, Cabinet Office minister Michael Gove said on Tuesday, but the government cannot "predict with certainty" whether they will be lifted then.

"I think it is right to say that as we enter March, we should be able to lift some of these restrictions but not necessarily all," he added.

The measures began in England on Tuesday morning and will become law after a vote in parliament on Wednesday morning.

Scotland's lockdown will last at least until the end of this month, while Wales and Northern Ireland have also toughened existing restrictions.