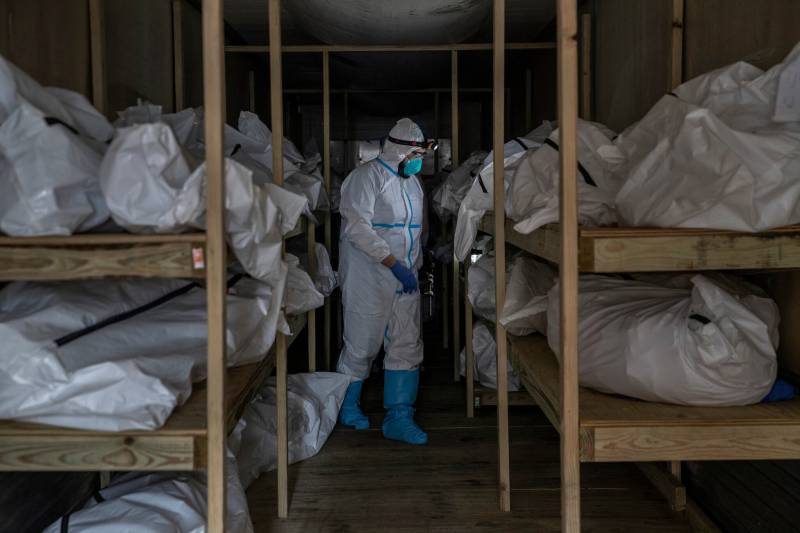 "The world is at a perilous point in this pandemic. We have just passed the tragic milestone of four million recorded Covid-19 deaths, which likely underestimates the overall toll," World Health Organization (WHO) chief Tedros Adhanom Ghebreyesus told a press conference.

The UN health agency, in its latest weekly epidemiological report on the pandemic, says the number of coronavirus cases ticked up worldwide last week even as the weekly count of COVID-19 deaths dropped to the lowest level since October.

It also said on Wednesday that its 53-country European region reported a "sharp increase" — 30 per cent — in infection incidence, while Africa registered a 23 per cent rise in mortality from COVID-19 during the period.

All WHO regions except the Americas — one of the hardest-hit regions — and Southeast Asia posted an increase in deaths over the last week, the agency said in a statement.

More than 2.6 million new COVID-19 cases were reported between June 28 and July 4, a slight increase on the previous week, while the tally of deaths registered over the week declined seven per cent to 54,000, WHO said. That was the lowest such weekly figure since October.

WHO said most new cases were reported in Brazil and India — though weekly case counts in those two countries were declining — as well as Colombia, followed by Indonesia and Britain, which each tallied a weekly increase in cases.

More than 185,530,000 cases of coronavirus have been registered since the pandemic began in the start of last year.

The vast majority have recovered, though some have continued to experience symptoms weeks or even months later.

The World Health Organization estimates that the pandemic's overall toll could be two to three times higher than official records, due to the excess mortality that is directly and indirectly linked to Covid-19.

The country with the highest number of deaths compared to its population is Peru with 587 fatalities per 100,000 inhabitants, followed by Hungary with 311, Bosnia-Herzegovina with 295, the Czech Republic with 283, and the Republic of North Macedonia with 263.

As a result of corrections by national authorities or late publication of data, the figures updated over the past 24 hours may not correspond exactly to the previous day's tallies.