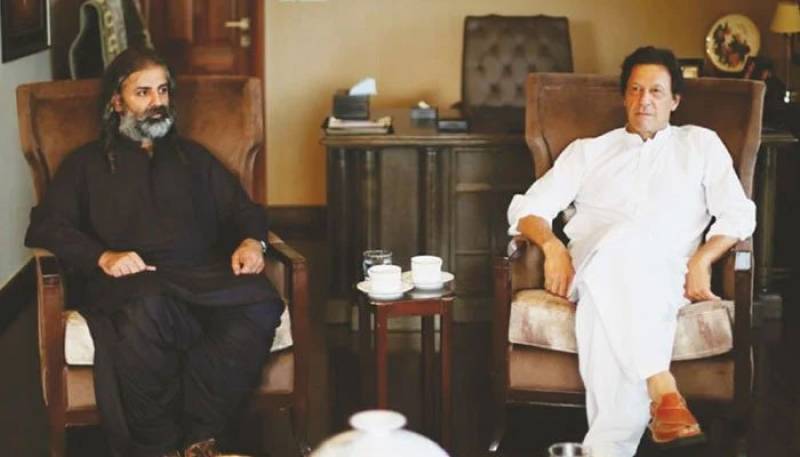 As the PTI government has pinned its focus on the development of Balochistan, Prime Minister Imran Khan has added Jamhoori Watan Party (JWP) chief and MNA Shahzain Bugti to his cabinet as Special Assistant on Reconciliation and Harmony in Balochistan.

"The Prime Minister [...] has been pleased to appoint Nawabzada Shah­zain Bugti MNA, as Special Assistant to Prime Minister on Reconciliation and Harmony in Balochistan, with immediate effect. He shall hold the status of Federal Minister," read a notification issued by the Cabinet Division on Wednesday.

Bugti's party is also an ally of the ruling PTI in the Centre.

The development comes on the heels of Prime Minister Imran Khan’s recent visit to Gwadar where he had said the government is mulling to hold talks with the estranged people of Balochistan for the sake of peace in Balochistan.

Addressing elders and notables of Gwadar on Monday, the premier highlighted that anti-Pakistan had used such elements in the past to create anarchy, but now the situation has entirely changed.

Imran Khan said the development of Balochistan is the top priority of the government, adding that the PTI government has rolled out historical package for the area.

He explained that Rs10 billion of loan has been allocated for up-gradation of fishing boats and other tools to safeguard fishermen's rights. He said that illegal fishing has now been strictly banned, state broadcaster reported.

Prime Minister Imran Khan on Monday inaugurated various projects during his day-long visit to Gwadar, a port city on ...