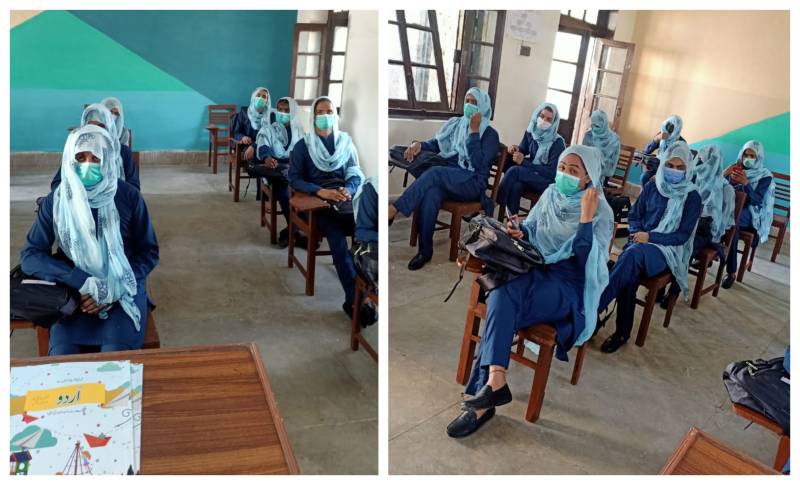 LAHORE – Provincial Education Minister of Punjab Dr Murad Raas has announced to open separate schools for the transgender community in selected cities of the province and the first of its kind will be established in Multan today.

Speaking in a morning show on a private news channel, Raas explained the motive behind rolling out separate schools said it’s the first step to end the uncertainty among the transgender community. We also have the plan to educate them in normal schools but ‘One step at a time.'

The minister took to Twitter and shared the pictures of the school.

ANNOUNCEMENT:
First Day of School for Transgenders by School Education Department Punjab. We have provided them everything that is required for Schooling. Dr Aithesham Secretary School South Punjab and his team have done a great job. TransEducation is the program. pic.twitter.com/pTZkfKEOYX

He also hailed Secretary School education of South Punjab Dr Ehtisham for his efforts as he is the workhorse behind the whole campaign for the Multan chapter.

On Tuesday, the ruling party leader while speaking at Insaf Afternoon School Programme in the provincial capital said that the first of its kind educational institution would open in Multan [a major cultural and economic center of Southern Punjab] today.

PTI-led government is the first to think about the welfare of this neglected community, he opined adding that also these separate schools will soon be open in all districts of Punjab.

The minister also shared a tweet about the development. “We are opening the first-ever Transgender School in Pakistan. Why would we deny education to anyone in our country? Our first school is opening in Multan tomorrow. We will open such schools in all districts of Punjab InshAllah. One step at a time. Education for ALL”, he captioned the post.

We are opening first ever Transgender School in Pakistan. Why would we deny education to anyone in our country? Our first school is opening in Multan tomorrow. We will open such schools in all Districts of Punjab InshAllah. One step at a time. Education for ALL. https://t.co/Xq19NV7yix

He said that the decision of opening the school was taken after holding a meeting with the members of the transgender community, which was not given attention in the past.

ISLAMABAD – The first-ever dedicated madrassah (seminary) has been established in Islamabad for transgender ...

Earlier in 2019, the Punjab government set up a school for transgender persons in Lodhran city under its Literacy Department.

According to a 2019 census, the estimated population of transgender people in Pakistan is around 300,000, although the actual number could be higher.

LAHORE – The Punjab government has established a school for transgender persons in Lodhran city under its ...