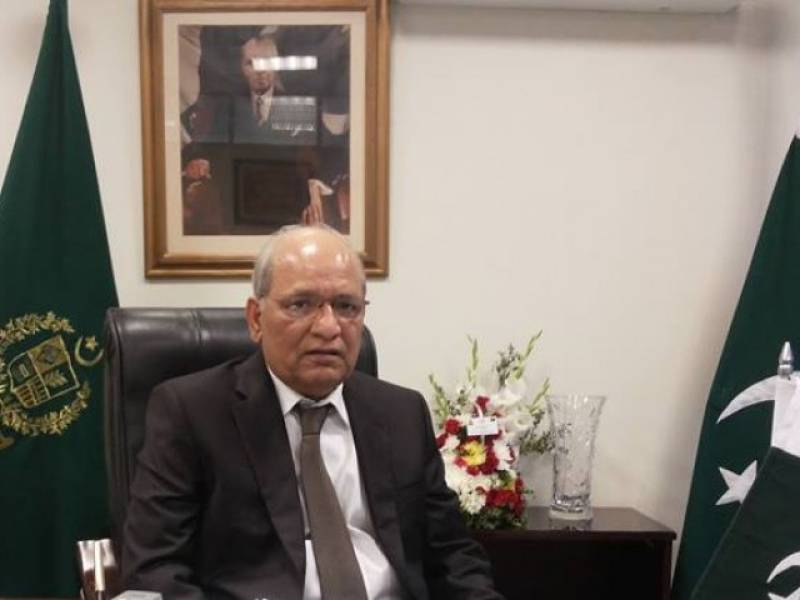 ISLAMABAD (APP) - Minister for Climate Change Senator Mushahidullah Khan has expressed serious concern over recent scientific finding of international climate scientists and glaciologists that Pakistan's glaciers in northern mountainous region are at risk of melting at an increased pace because of global warming.

"If melting of glaciers in the country's north, which are vital to sustainability of country's agro-based economy, picks up the pace then flow in rivers will swell and can lead to devastating floods in the coming years," he warned in a press statement issued here on Sunday while referring to the latest study.

Khan said that there was a pressing need for boosting country's climate/flood resilience in the light of the study to mitigate devastating impacts of the floods.

"We must prepare now," he stressed and urged the provincial governments to increase budgetary allocations to strengthen irrigation network across the country and make public infrastructures, transport systems and buildings climate-resilient to avoid or reduce impacts of any possible flood-induced destructions in future similar to those the country suffered during 2010 floods.

Published in the international Nature Climate Change Journal in May 2015, a renowned body of scientists from Pakistan, China, US, Canada, UK, Ecuador, Italy, Austria and Kazakhstan have concluded in the research study that melting of Pakistan's glaciers is likely to speed up in coming decades as temperature in mountain valleys in the country's north escalate at a higher pace.

The team of scientists came together as part of the Mountain Research Initiative, a global effort funded by Swiss National Foundation to study impacts of global warming on different mountain regions across the world including Pakistan.

"We researchers have found clear evidence that mountain regions at and above 5,000 metres could be warming faster than previously thought.

However, we have called for urgent and rigorous monitoring of temperature patterns in mountain regions," said Dr. Ziaur Rehman Hashmi, one of the authors of the research and senior scientific officer at the Global Change Impact Study Centre of the Ministry of Climate Change.

He noted that average temperatures in mountain valleys have surged steadily over the past 50 years and the rate of change is speeding up further.

Dr. Hashmi highlights that Pakistan is one of the countries most vulnerable to negative impacts of climate change.

"If we are right and the mountains in Pakistan are warming more rapidly as compared to the lower part of the country, then the social and economic consequences could be graver, and we could see our glaciers disappeared much sooner than previously thought, leading to a dramatic change in the hydrologic regime of the Indus River System," he warned.

Water shortages could exacerbate once the glaciated area comprising over 5,000 glaciers, shrink in the coming decades and the possible extinction of some alpine flora and fauna would be more pronounced negative impact, Dr. Ziaur Rehman Hashmi pointed out while referring to findings of study.

"But masked by this general climate warming are pronounced differences at different elevations. For example, over the past 20 years temperatures above 4,000m have warmed nearly 75 per cent faster than temperatures in areas below 2,000m," Dr. Hazmi explained.

Talking about major causes of warming temperatures in the mountain regions, he said that increasing release of heat in the high atmosphere, aerosol pollutants at low elevations and deposit of dust and black soot on the surface of glaciers at high elevations, which causes more incoming sunlight to be converted to heat, has led to spike in warming in the glaciated regions.

He said that researchers of the study have underlined need for improved observations, expansion in glacier monitoring satellite network for satellite-based remote sensing and more climate model simulations to gain a true picture of warming in mountain regions.

It has also been recommended in the study that effort should be taken to find, collate and evaluate observational data that already exists wherever it is in the world. Such efforts would require international agreement and collaboration – and funding, he highlighted.