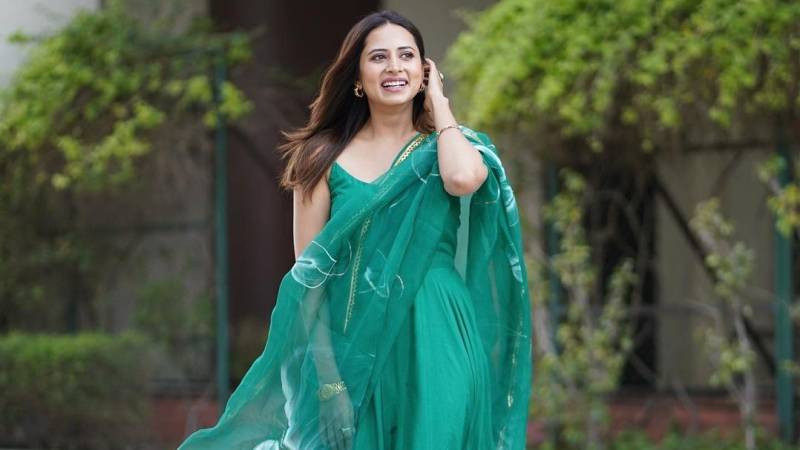 The Saunkan Saunkane actress, known for her jovial and mischievous personality, mimicks Shahana, her on-screen counterpart. Shahana is a typical Pakistani woman, who is preparing to marry her son Arsal (Farhan Saeed) to his cousin Jiya (Iqra Aziz). The drama is a romantic comedy and has received numerous accolodes and awards.

Mehta is a well known figure in Indian Punjabi cinema for which she has been awarded multiple times – three PTC Punjabi Film Awards and two Filmfare Awards Punjabi for her contribution. Besides acting, Mehta is a famous model and television host. She is married to co-star Ravi Dubey.

Nadia Afgan is a Pakistani actress known for her work in theatre and television, and series of plays in both Urdu and Punjabi. The Shashlik actress garnered wider appreciation for her comic role in Suno Chanda, Hum TV's blockbuster comedy drama, and for its sequel Suno Chanda 2, as Shahana Batool the following year. Her character received praise beyond boundaries.

After receiving criticism regarding her statement of not having children, Pakistani versatile actress Nadia Afgan has ...