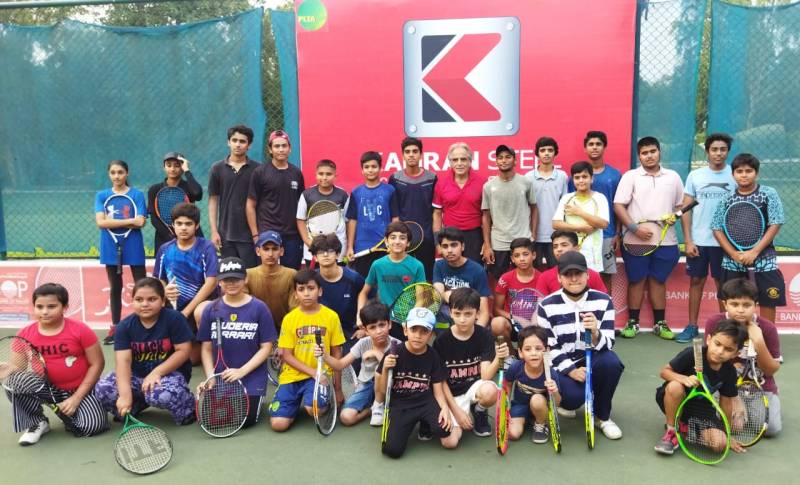 PLTA Secretary Rashid Malik (Tamgha-e-Imtiaz), who is also Tournament Director, inaugurated the event at a colorful opening ceremony, which was also attended by players, their families and tennis lovers. The matches were also played in the different age categories and the top seeds advanced to the next round.

PLTA Secretary General Rashid Malik thanked Kamran Steel management for sponsoring this event and hoped that they would continue to support this beautiful game of tennis, which is growing fast in Pakistan with each passing day and Pakistani youngsters have started excelling at ATF and ITF events. Recently, Hussnain Ali Rizwan of Lahore, Punjab has been selected in Grand Slam Junior Development Program Team, which is a great honour for Pakistan, PTF and PLTA. There are so many young tennis stars, who are doing wonders for Pakistan in international events and one of them will win Grand Slam for Pakistan in future Insha'Allah.