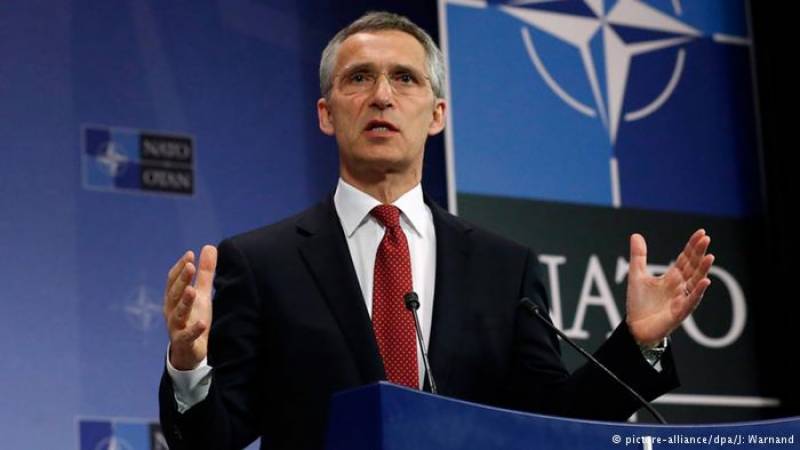 PARIS (News Desk) - The North Atlantic Treaty Organisation (NATO) Secretary General Jens Stoltenberg was earlier reported to have said that "al-Qaeda's operatives in Afghanistan are plotting to reunite with the Taliban, adding that the alliance is committed to overcome the ongoing challenges in Afghanistan that threatens the nation's stability."

This was reported by the Indian media and Radio Pakistan.

However, NATO's Press Office has denied that Stoltenberg ever made this remark.

In a statement provided by a NATO official, Daily Pakistan was informed that, "NATO Secretary General has not spoken about Afghanistan in Paris. There, he gave a joint statement together with the French President. You can find the statement in the home page of NATO web-site (www.nato.int). In it you will not see any reference to Afghanistan."

In light of the above, Daily Pakistan regrets printing the earlier story which was originally reported by the Indian media and Radio Pakistan.

The actual statement can be read here.