Lessons for Green shirts after another debacle against India 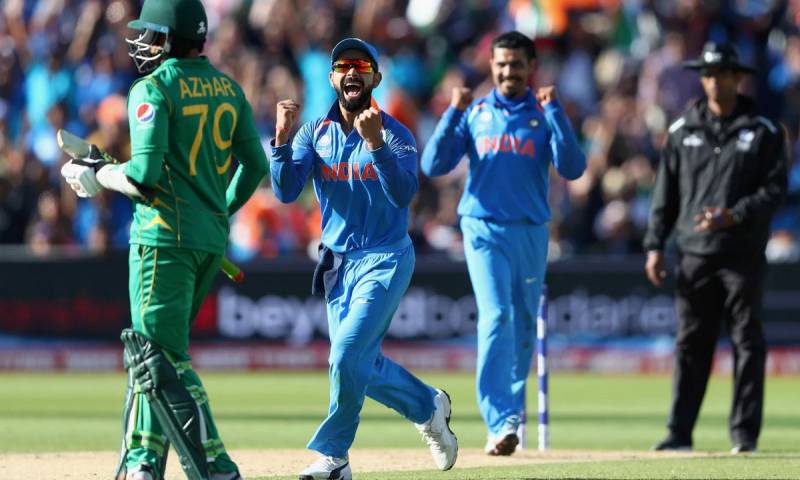 Pakistan suffered a humiliating defeat against arch-rival India on Sunday due to their inherent flaws in batting and fielding as well as poor strategies on the field.

The exclusion of Faheem Ashraf, who performed exceptionally well against Bangladesh in a warm-up game and too much reliance on Wahab Riaz, proved costly. Poor shot selection and fielding added to the team’s agony amid excessive hype created by the media for victory.

Pakistan had entered the mega-event of Champions Trophy 2017 with a number of disadvantages and was not one of the top teams. The involvement of key players like Sharjeel Khan and Mohammad Irfan in corruption scandal during PSL was a great setback for Pakistan.

On Sunday, Pakistan openers tried to lift the game but failed to deliver. The Pakistani batsmen could not sustain the pressure of chasing a rain-reduced target of 289 in 41 overs. After a display of poor bowling and fielding that allowed Indian players to post a mammoth total of 319 in 48 overs, all Pakistani team was reduced to was 164 in 33.4 overs.

Ahmed Shehzad became a prey of Bhuneshwar Kumar while Azhar Ali offered an easy catch to Pandya. The only hope for Pakistan was a partnership between Hafeez and Shoaib Malik but it could not last long after Malik was run out. The rest of the players continued losing wickets at regular intervals. Overall, it was a disappointing game for Pakistan.

However, the defeat has a lesson for the team that has been deprived of a home series since 2009 when the Sri Lankan team was attacked in Lahore. There must be a thorough analysis of existing flaws in the areas of batting and fielding. It is the responsibility of the Pakistan Cricket Board to hunt new talent by reorganising domestic cricket. It should also polish the existing lot of players.There is a need for building a new team induced with positive spirit without any controversies.

Presently, the team consists of young players who lack experience and ability to cope with pressure at international venues. The collapse of the top order and subsequent failure of the middle order batsmen is a cause of concern.

No doubt, India outclassed Pakistan in every area of the game and Pakistan needs massive improvement in all areas of the game. The team is in a rebuilding process after the simultaneous retirement of some experienced players like Younas Khan, Shahid Afridi and Misbah Ul Haq and needs time to polish the newly inducted talent.

Pakistan needs to focus on its weak points in batting and fielding. The lack of tours by international teams can be resolved through diplomatic moves and improving security conditions in the country but in-house rectification cannot be ignored. Team selection should be purely based on merit.

No doubt, our team has been in serious crisis, and it should be given time to find better combinations to regain our lost glory. We must extend support to our players and look to the future with hope that our team will strike back and bring laurels for the country.