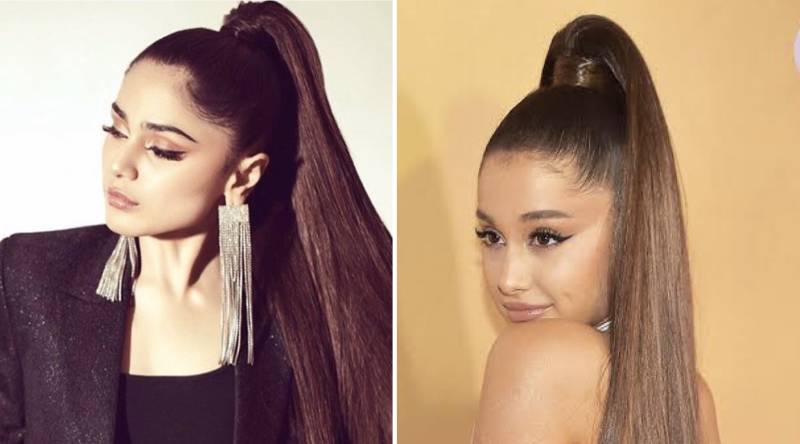 You know the old saying – stars, they're just like us. They make trips to the grocery store, they go for a run around town (though they look fab far while doing it) — and just like many of us, they could can seek inspiration from other celebrities as well.

Popular singer Aima Baig has finally opened up about being constantly accused of emulating Ariana Grande. In a recent Instagram live session, Baig clarified that the last thing she would want is to imitate Grande.

The Coke Studio singer claims that while she takes inspiration from Grande, both in terms of her music and looks, in her opinion is doesn’t equate to copying.

” I love her. Her vocals are the biggest inspiration for me. But  I don’t wanna be her. I love her style. But I also love Hania’s style. Sometimes I love Selina’s style, Momina’s style.”

” It’s ok kay ager aap kisi kay style ko copy kar rahay ho (if you’re copying someone else’s style). It doesn’t mean that you’re copying that person completely. You’re just being inspired by that one person and you wanna try it on your self and see how you look.”

At the same time the Baig is not bothered by the jokes amaze regarding this scenario. ” If that makes you guys happy or laugh then that’s the least I can do for you all. So go ahead Laugh out loud,” she concluded.