This guy just got himself an Abhinandan makeover 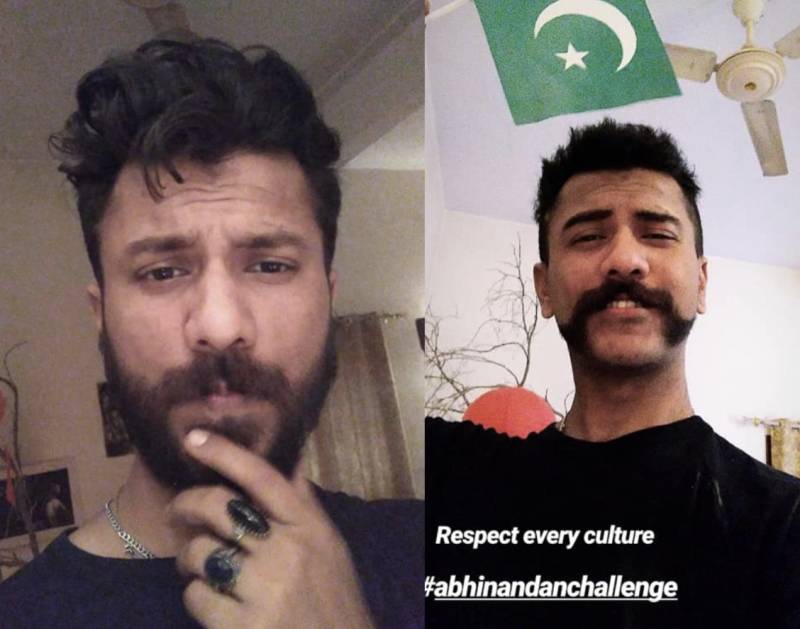 LAHORE - Rayan Khan chose to do an Abhinandan makeover on himself an also began the #AbhinandanChallenge. The challenge was not initiated to mock anyone, in fact, it was an effort to unite people in this time of Indo-Pak crisis. 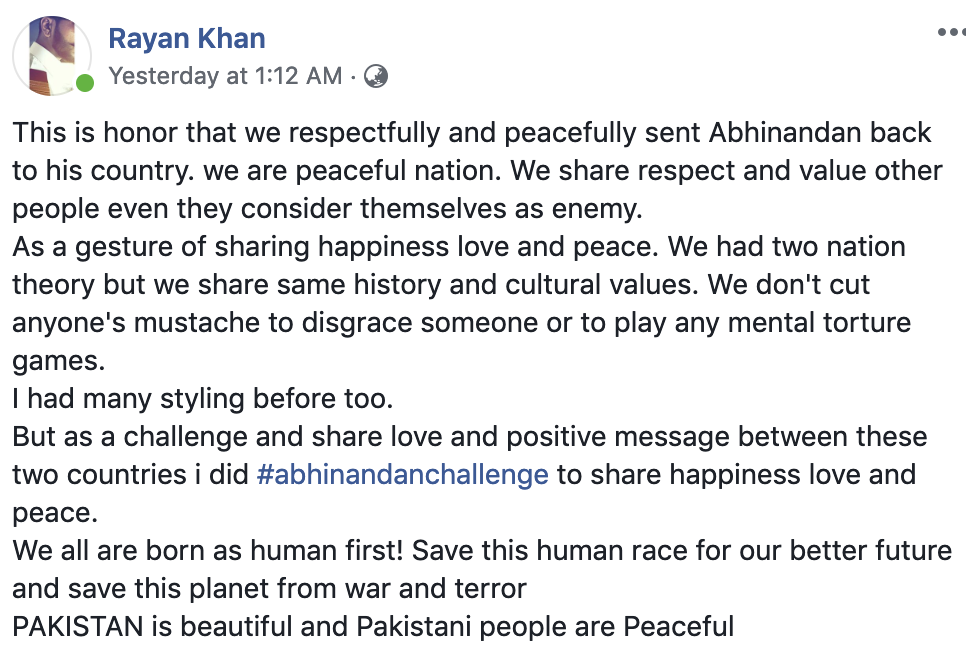 “People asked me why I copied his style. I said I don’t want to copy him it’s not even a trend in Pakistan. I told my friends we all are born heroes and that we should also learn how to express a message of peace through gestures on social media.”

Rayan did say that he was aware of the fact that his gesture may not be appreciated or understood by many but he made his message loud and clear on social media.

These are the before and after pictures of Rayan! 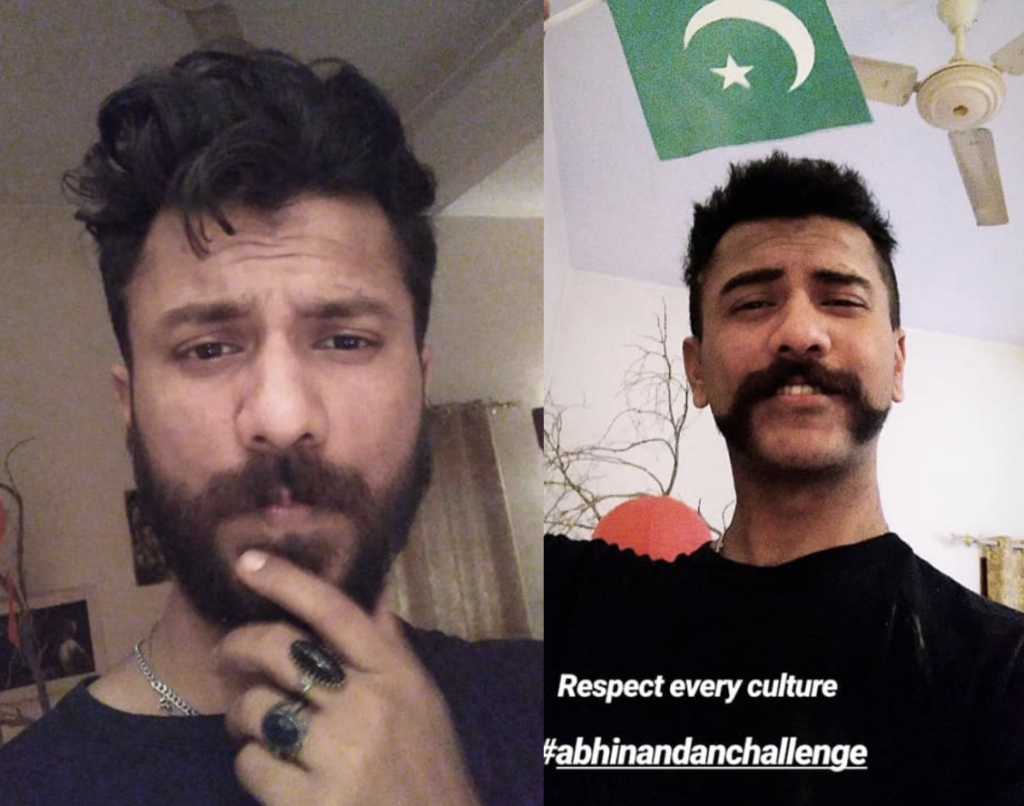 India's Wing Commander Abhinandan was caught in Pakistan after he violated LOC. He was returned to India on Friday as a peace gesture from Pakistan.