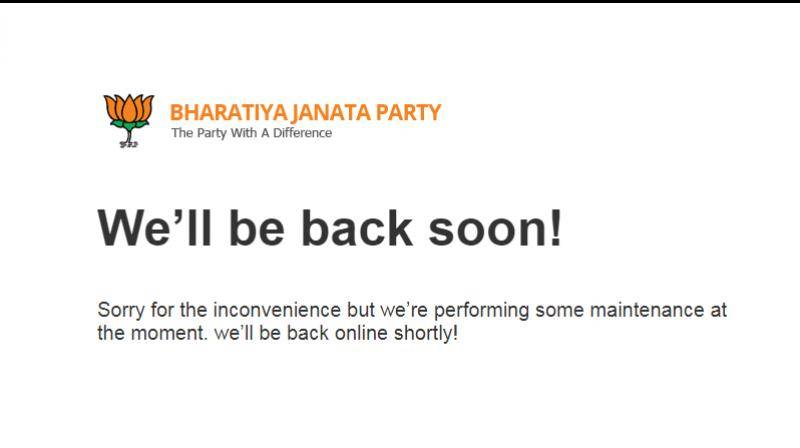 According to details, the website went into maintenance mode after an alleged hacking attempt early on Tuesday morning.

Social media was abuzz with screenshots of a meme featuring Prime Minister Narendra Modi. Below the meme was a music video of "Bohemian Rhapsody".

The meme featured Prime Minister Narendra Modi and German Chancellor Angela Merkel where Merkel was seen walking past Modi as he tried to shake hands with her.

Later, while trying to open the website, it showed the following message: "We will be back soon! Sorry for the inconvenience but we're performing some maintenance at the moment."