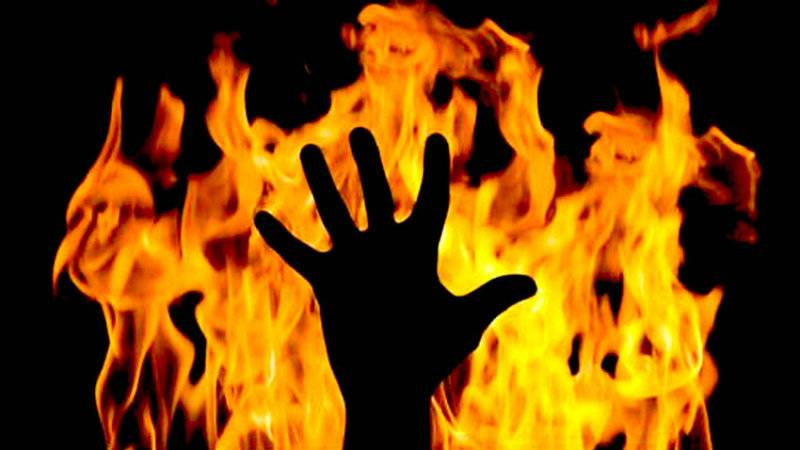 The victim, believed to be under 20, was killed and burned in a Suzuki van on the orders of the village jirga (council) in Galyat’s Makool village of Abbotabad on April 29, district police chief Khurram Rasheed said.

A 15 member jirga called by the Makool village councilor Pervez, ordered for Ambreen to be set on fire on charges for assisting her classmate to escape from the village to marry on her free will, according to The News.

The charred body of the teenage girl was found in a torched Suzuki van in Donga Gali on last Friday.

Her body was tied to the seat of the vehicle which was parked at a bus stop in the village. Another vehicle parked near the gutted van was also damaged. Police removed the body to Ayub Medical Complex for an autopsy.

The girl was later identified as the daughter of Riasat, a labourer who works in Balochistan’s Gadani area, according to the local police.

Jirga that burnt a teenage girl alive for facilitating the elopement of her friend for marriage in Abbotabad. #KP pic.twitter.com/45qahp9QOW

Abbottabad police have announced arrest of 14 suspects including local councilor Muhammad Pervez, who presided over the Jirga. The victim’s mother was also arrested, police said, because she supported the jirga’s decision.

Addressing a press conference, DPO Abbotabad Khurram Rasheed said that Pervez had confessed to the crime. "Pervez called the victim outside her house on the night of April 28. He gave her something to eat which left her unconscious. She was tied, put in a vehicle and burnt to death," he said.

“The Jirga was not only illegal but also inhumane,” said DPO Rasheed.

The suspects were traced by their mobile phone calls, he said. Police has filed a case under murder and terrorism charges.

Holding Jirga is common practice in the area but this is the first time an incident of this type has taken place.

Hundreds of women are murdered by their relatives in Pakistan each year on the pretext of defending family “honour”, but those who facilitate the elopement of other women are rarely found to be the victims of such violence.

Pakistan amended its criminal code in 2005 to prevent men who kill female relatives escaping punishment by pardoning themselves as an “heir” of the victim. But it is left to a judge’s discretion to decide whether to impose a prison sentence when other relatives of the victim forgive the killer - a loophole which critics believe is still routinely exploited.