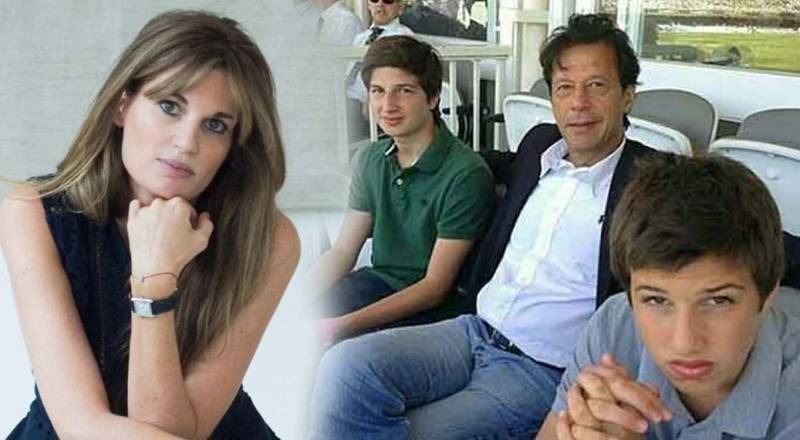 LONDON – Jemima Goldsmith and former Pakistani prime minister Imran Khan have been divorced for a long time now but Pakistanis continue to shower the British socialite with unwanted posts on social media.

Desi Twitter is obsessed with Khan and Goldsmith’s relationship and they never miss a chance to reunite the former couple. This time the mother of two reacted after fake accounts, impersonating Khan’s son, shared "Eid memories with their father".

A Twitter account by the name of Sulaiman Isa Khan shared a tweet. “Beautiful Memories of Eid in Pakistan with dad," it said while extending Eid greetings.

Goldsmith shared the tweets, labelled the accounts as fake and asked her followers to report both accounts. She thanked God, saying her sons do not have social media accounts.

This is also a fake account. Please report. My children are not on social media. Thank GOD. https://t.co/7UY0szUsvc

The picture caught the attention of internet users and many outpoured love and warmth on the heartwarming image.

Ousted Pakistani premier Imran Khan is hardly seen spending time with his sons in recent years due to his full-time involvement in politics.

Goldsmith and Khan got married in 1995 and parted ways in 2004 after nine years of marriage. They have two sons, Suleiman Isa Khan and Qasim Khan, and they live in Britain.