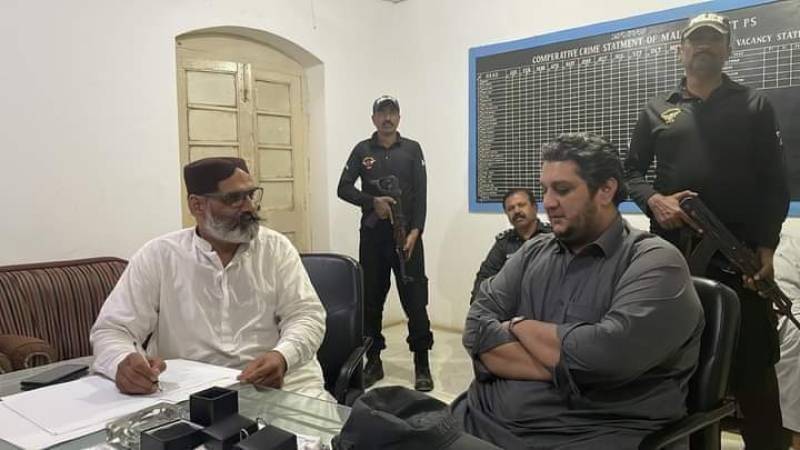 KARACHI – Pakistan People’s Party leader and MPA Jam Awais Friday surrendered to police on Friday after being nominated in the FIR of Nazim Jokhio murder.

Reports in local media said the Sindh lawmaker has now been remanded into police custody for three days in the murder case of a man who filmed MPA’s foreign guests for hunting an endangered bird in Thatta.

PPP MPA was presented before a court today (Friday) after he surrendered to law enforcers after the victim's family staged a protest against the murder on the National Highway. The grieved family members blocked the highway by placing the victim’s body, halting all kinds of vehicular movement.

Jam was nominated in FIR no 457/21 registered at the Memon Goth Police Station on the complaint of the victim’s brother under Section 302, and 34 while the other two main suspects, Haider and Mir Ali, are already in police custody.

The PPP lawmaker and his aides were accused of torturing-to-death Nawaz Jokhio. According to the police, Nazim Jokhio, 30, was beaten to death for stopping a group of foreigners from illegally hunting the Houbara bustard in the area and making their video as evidence.

This is the video that led to his death of nazim jokhio 💔#JusticeForNazimJokhio pic.twitter.com/IwNv4lpfOr

The dead body was found at the door of Jam House in Memon Goth, per reports. Meanwhile, the clip of the argument is doing rounds on social sites. The men in question were traveling in a Safari Patrol bearing Dubai number plates parked in the middle of an unpaved road.

On the other hand, the medical officer said he could confirm the cause of death after getting the pathology report.