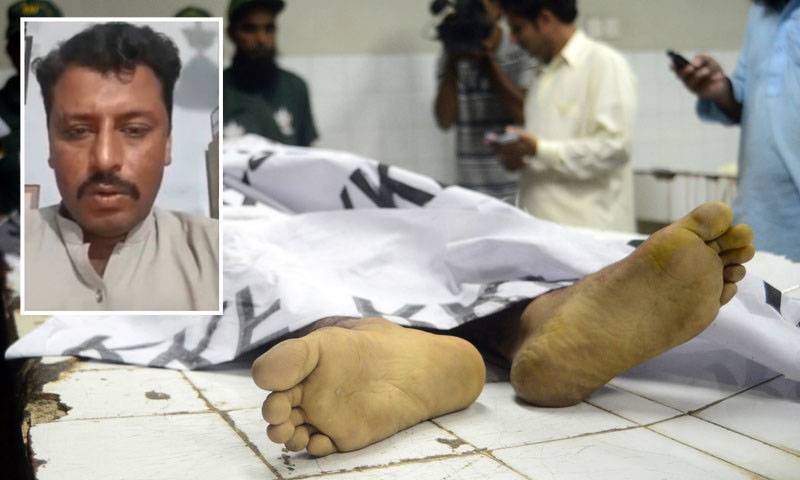 The deceased was allegedly tortured to death for stopping 'Arab tourists' from hunting Houbara bustard, a bird threatened with global extinction, in Karachi’s Memon Goth, the police said Wednesday.

The deceased seem to have succumbed in wake of severe torture at the Jam House. The Chief Minister of Sindh Murad Ali Shah directed the law enforcers to lodge an FIR on the complaint of the bereaved family. Following the directives, police booked the case on behalf of Afzal Jokhio.

Meanwhile, the deceased’s relatives claimed that Jokhio was killed at the behest of influential persons as he shot a live video of endangered bird hunting near his home in Jungshahi.

Victim’s brother alleged that lawmakers of the Sindh ruling party other than the foreign tourists were involved in the murder of his brother. He said his brother filmed hunting by the foreign guests of the lawmakers and broadcast it live on social site.

The grief-stricken man went on to say that his brother continuously received ‘threats’ from Jam House and later they were summoned to the farmhouse. He said when they arrived at the farm house, the lawmakers allegedly started beating his brother.

Later, two persons belonging to Jam House informed them about the death of his brother.

Victim, in his last clip, did not name anyone but said that those threatening him would be responsible. “I am not afraid but this video statement of mine should be kept on record. I am receiving threats and I would not seek an apology,” he can be heard saying in the clip.

Meanwhile, the deceased body had been shifted to Jinnah Postgraduate Medical Centre (JPMC) for the completion of legal formalities. A case has been lodged under Sections 302 and 34 on the complaint of the victim's brother.

Enraged over the horrific death, the relatives of deceased and Jokhio community members from Malir also staged a protest and blocked the National Highway.