2020 brings another surprise for Pakistanis: A Stain Hijack

The year 2020 has surprised us with unusual events including country lockdowns and rains that destroyed Karachi. However, during the wait for more surprises, we totally did not expect to witness ‘Daaghs’ on live television, followed by a stain hijack on social media. Sakht sookhay daagh dominated television screens on various channels from 12 pm on the 1st of October. Altering their appearance, the stains changed colour, becoming dry, cracked and old. They reappeared in another form of stain time and again on the same channel. Some of the stains we witnessed were ketchup stains, mud stains, a tea stain and even a splash of vibrant paint!

The stains appeared on several channels such as Geo News, ARY Digital, AAJ News, Express, Play, Apnaa, Abb Takk, 8XM and Dunya News while various shows and live news went on. On one of the channels, a TV host exasperated by what had been happening for the longest time actually asked his co-anchor if she knew why the stain was popping up splat on their screens.! 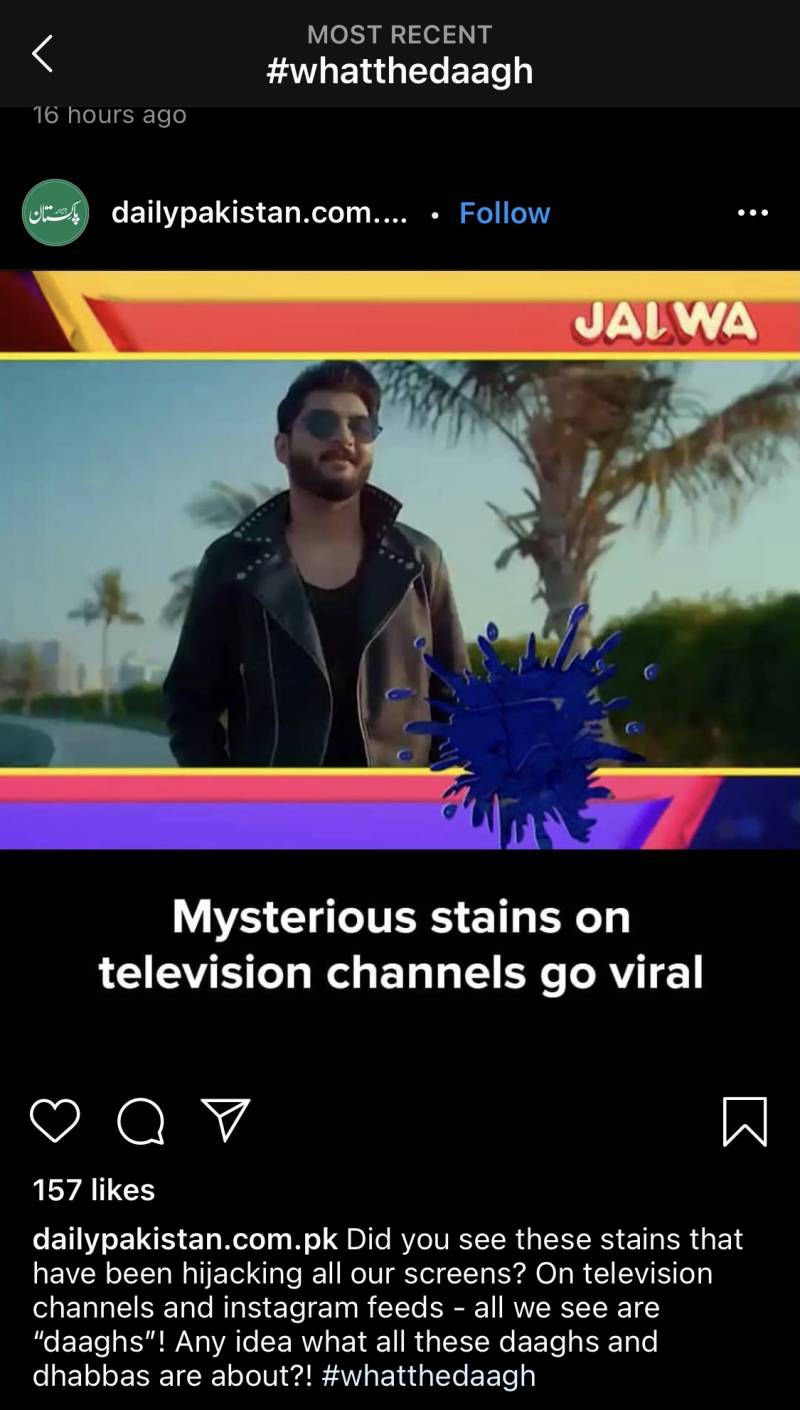 The same stain animation also took over social media handles. Prominent bloggers and even much followed celebs such as Ayeza Khan, Momal Sheikh and Kinza Hashmi uploaded videos on Instagram with stains all over them. These stains too, changed colour and texture to become sookhay daagh. Comments from followers began pouring in, with many questioning what the daagh on the celebrity was and whether they knew about it? A video of newscasters was seen circulating across Instagram, where the stain interrupted their news bulletins and talk shows, causing them to pause and figure out what the stain was about. At the same time, screenshots were shared across platforms as well, representing concern over the stain takeover on television, and friends began asking other friends if they had spotted it too. 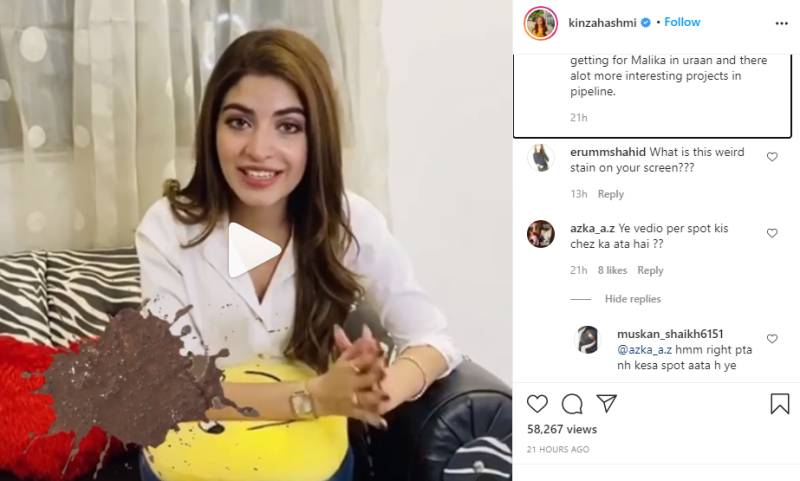 Soon there was a Twitter trend of #WhatTheDaagh. The entire community was left confused, questioning their eyesight, cable networks and their own sanity. What in the world was happening? Had anybody else seen it? Was this another game the year was playing? Were the stains a new virus… Whatever it was, a common emotion was one of curiosity, a dash of apprehension and the need to remove the stain quickly. 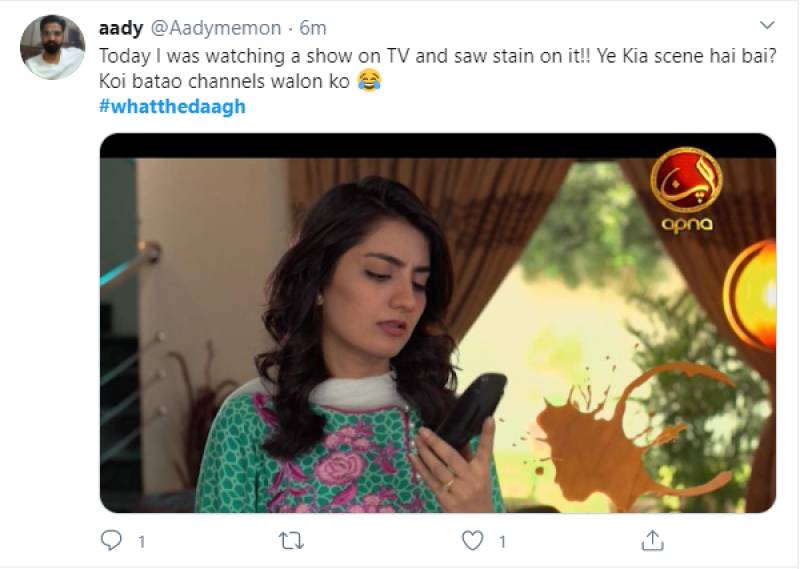 Questions and queries regarding the stain’s existence went back and forth until they were finally answered! The stains hijacking the media were sakht sookhay daagh (dried in tough stains) that Pakistan’s largest detergent brand, Surf Excel was reminding Pakistanis it could easily remove. Surf Excel launched its TVC the next day, to showcase how it was a ‘champion’ product that could take off all kinds of stains. With its new stain lifter technology, it informed its consumers, that the formulation could get rid of 100-hour old stains, ensuring it would be everyone’s go to #DaaghonKaChampion!

Surf Excel definitely caught our attention by proving to be a champion we can rely on when we are tired of seeing stains and we’ll be giving the new product a definite try to see how well and quickly it takes the stains off our clothes!