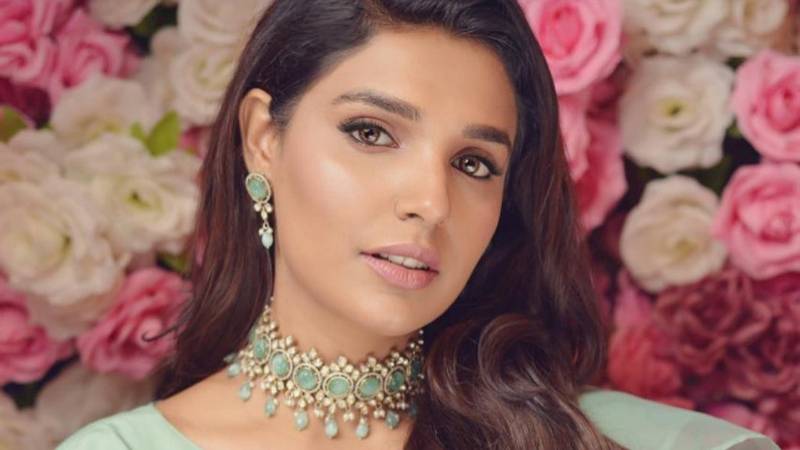 Pakistani supermodel Amna Ilyas has won the hearts of the fans with the teaser of her upcoming short film Jugaad starring the super talented actors Khalid Malik and Mani.

The 33-year-old announced that the film is all set to release on Ilyas' YouTube channel Illy TV.

Written by Sajid Hasan, the film is directed by Dawar Mehmood and produced by Amna. Starring RJ Khalid Malik and Mani as the main leads, the film is bound to be super entertaining.

Turning to her Instagram handle, Ilyas posted a teaser for the upcoming project. " IllyTV proudly presents, " she captioned the post.

Delving into details about the project, Malik said that the short film is a satirical work and the story is "based on the dreams of a struggling director and aspiring producer".

While talking to a local news outlet, Ilyas revealed more about the storyline, "They're struggling to make a good feature film. It's very comical. Mani is playing the producer and Khalid is playing the director. They both did a phenomenal job,"

Moreover, Jugaad will be released on October 9 on Ilyas' YouTube channel.

Amna Ilyas is a very talented actress and model. She has proved her mettle in acting. She started her acting debut with ...