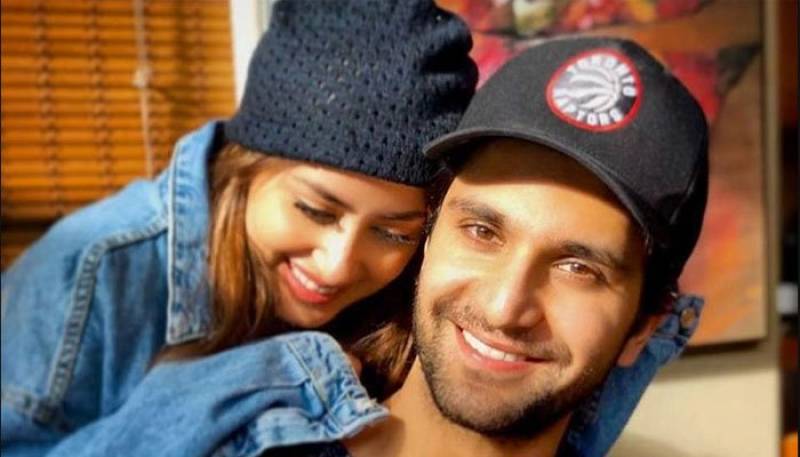 Speculations have been rife that Pakistan's leading actress Sajal Aly is expecting her first child but husband Ahad Raza Mir has dismissed wife's pregnancy rumours putting an end to the social media's gossips.

The video clip that has gone viral on the internet shows the Ehd-e-Wafa actor shutting the rumours of Sajal’s pregnancy that have been circulating on the internet for a few weeks.

Responding to the reporter’s question regarding the good news, Ahad quashes the fake news and says: “there is no truth in such news circulating on social media.”

Earlier, the Alif actor sparked the rumours of her pregnancy when she turned to Instagram and shared some photos featuring clothes for a baby.

Sajal and Ahad celebrated their first wedding anniversary on March 14 on a romantic getaway and shared snaps on their social media handles.

On the work front, the couple's spectacular performance in Dhoop Ki Deewar won hearts. The heart-wrenching tale is set against the backdrop of the Kashmir and Pulwama attacks.

The hype around celebrity couples is not new but Pakistan's power couple Sajal Aly and Ahad Raza Mir can leave the ...