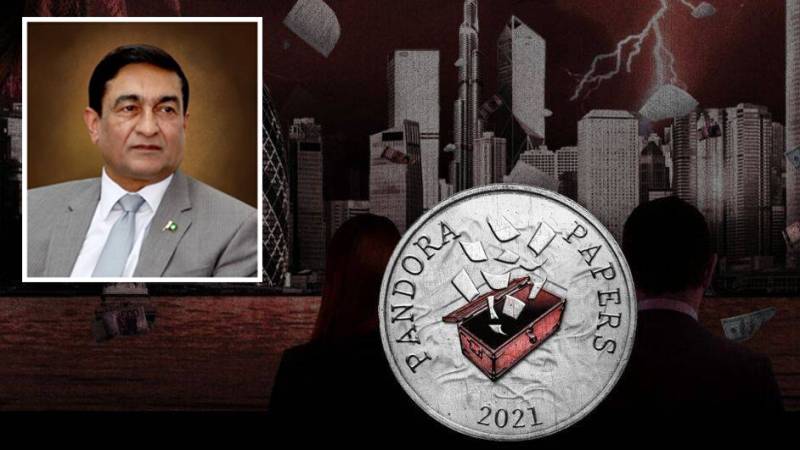 ISLAMABAD – Lieutenant General (r) Shafaat Shah has reacted after being named in Pandora Papers terming it another Indian-backed conspiracy to malign the Pakistan Army.

Shah took to his official handle to clear the air on the development, saying that he was falsely linked to a London property purchased through an offshore company and that this attempt was backed by the Indian intelligence agency.

“I had bought a flat in London by selling off my plot in Lahore with a title of off-shore. No other business.This is legal as per UK laws. It was reported to Army Authorities and reflected in tax returns. No connection with Akbar Asif. It’s price was less than half of what is quoted,” Shah tweeted.

Arguing on the report of ICIJ, he said one of the journalists involved with the mega probe, Mail Pulitzer, recently stayed in India for two years.

Delving into details, he said, the price of the flat was less than half of what was quoted in the Pandora Papers.

According to the ICIJ report, Shah’s wife acquired a $1.2 million apartment in the British capital through a discreet offshore transaction in 2007.

The Pandora Papers revealed that the flat was transferred to her name by an offshore company owned by the son of the Indian film director.

On Sunday, the International Consortium of Investigative Journalists undraped world leaders, army personnel and business tycoons. Many key members in the Imran Khan government have also been accused of hiding millions via offshore companies.

ISLAMABAD – The global scandal unfolded by the International Consortium of Investigative Journalists (ICIJ) ...