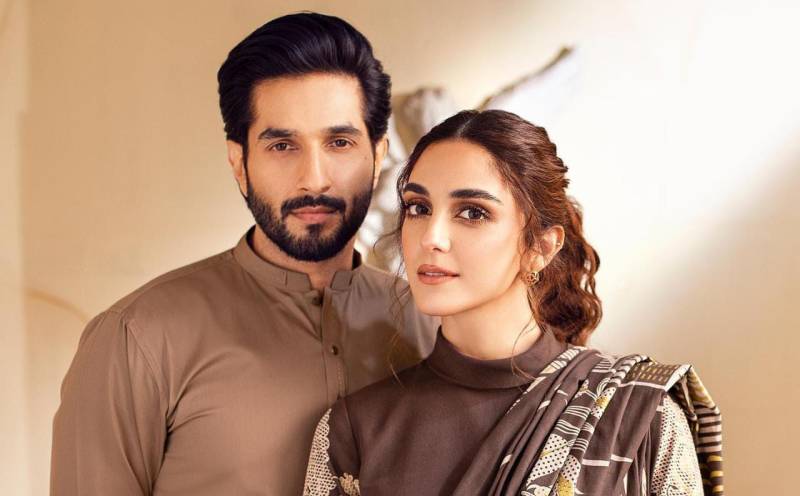 Lollywood's megastars Maya Ali and Bilal Ashraf are in the news for all the good reasons. Fans of the Meri Zindagi Hai Tu actress and the Janaan actor are shipping the alleged couple and also speculate that the two are together.

Ali and Ashraf's latest pictures on Instagram have bred rumours of the duo dating each other.

The palpable chemistry between the Younhi actors during ramp walks and on-set caught the attention of the eagle-eyed onlookers and netizens. The Zid actress and O21 star were seen together for the first time for a collection by Pakistani designer HSY. Ali and Ashraf's apparently sizzling chemistry sent waves across the internet, leading to the rumour mill churning out that the reel-life couple is also dating off-screen.

Apart from their individually successful Lollywood stints, Ali and Ashraf are now brand ambassadors for the Pakistani brand Al Karam. The Mann Mayal actress shared a bunch of pictures from the upcoming collection on the brand featuring herself and Ashraf.

Lollywood diva Maya Ali has touched the 7 million followers mark on Instagram and thanked her fans for their ...