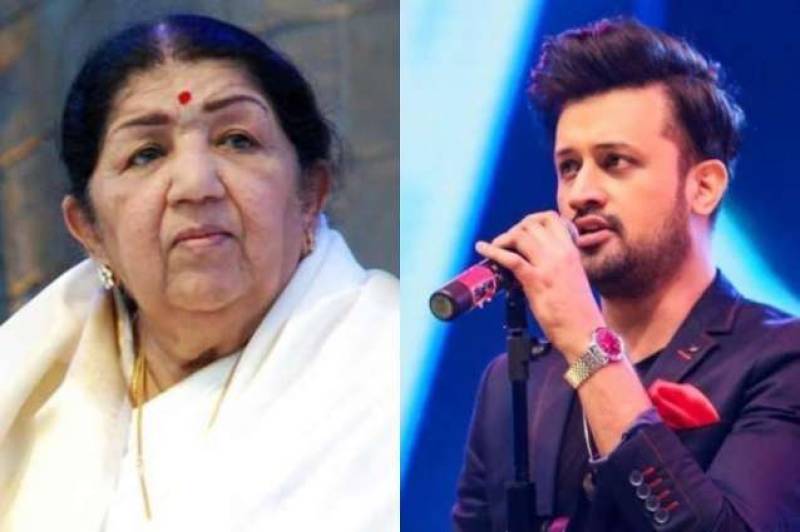 According to Indian media, Lata has not yet listened to the song and she does not want to either as it 'saddens' her. “And I don’t want to hear it. This trend of remixing old songs saddens me. Where is the creativity in simply lifting acknowledged, beloved classics and shuffling the notes around? I’ve even heard that the lyrics are changed in the remixes. By whose consent?” the veteran singer said.

“The original poets and composers wrote what they had to. Nobody has the right to tamper with the creativity of these great composers and lyricists,” Lata shared.

Initially featured in the 1972 Bollywood classic Pakeezah, Chalte Chalte was composed by Ghulam Muhammad and picturised on Meena Kumari. Pakistan’s  Atif Aslam has given a new version of the song for Bollywood film 'Mitron' and it fails to leave an impact.

Along with Lata Jee, another Bollywood  singer Alka Yagnik whose song Dilbar Dilbar was remixed for Satyameva Jayate didn’t shy away from giving her opinion.

She said, “Why don’t they make a new song into a hit, instead of picking up an already super hit song, distorting it, and releasing it again. And then saying that it’s become so popular.”

“Chalo humaare gaanon ke saath ye zulm kartey hain (They do this with our songs)... but their audacity is increasing by the day. Now they’ve started doing this to Lata Didi’s song as well,” she added.

What's your say on this?