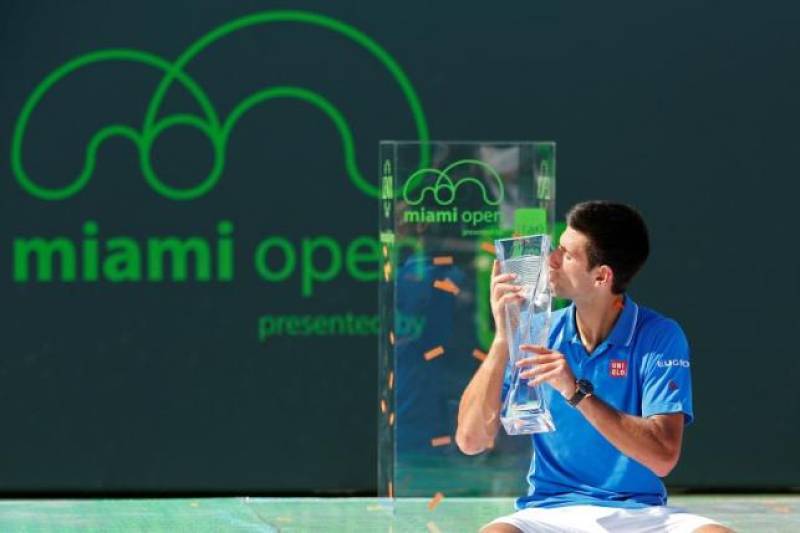 The victory followed Djokovic’s triumphs at the Australian Open and Indian Wells and was the Serb’s fifth title at Miami.

He has now beaten Murray in 10 straight matches on hard courts and has an 18-8 overall record against the Scot.

The contest, played in the early afternoon heat and bright sunshine, was captivating for two sets but after Djokovic broke in the first game of the final set, he never looked back.

"It was brutal. Very warm. I was prepared for a physical battle but it's one thing to prepare and another thing to experience it on court," said Djokovic.

"It is not the first time I have had this kind of battle with Andy. As I was expecting, there were very long rallies and I just managed to play the third set as I was supposed to. I am thrilled with this win."

Murray started aggressively and broke Djokovic in the third game, but the Serb broke back straight away and then dominated the tie-break.

The second set produced some wonderful tennis from both players but turned in Murray's favor when, at 5-4 up, he broke Djokovic to love.