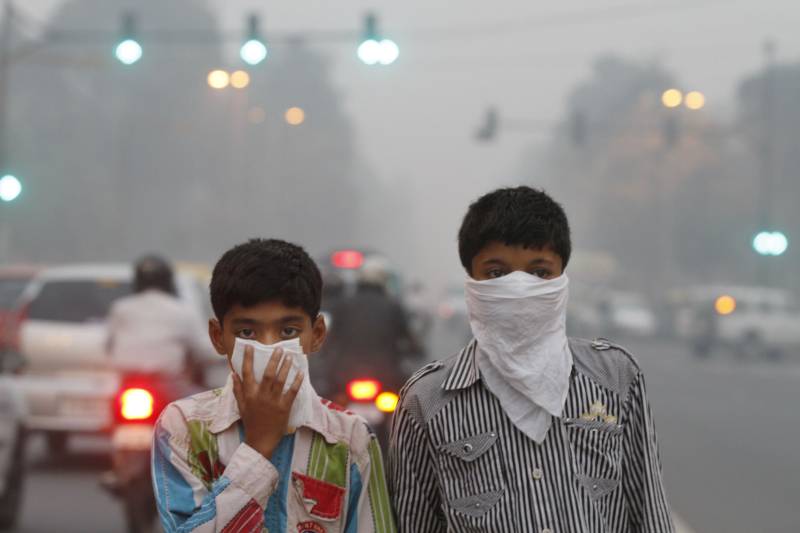 Environment Minister Prakash Javadekar said the government would publish air quality data for 10 cities, amid growing public concern over the impact of air pollution on the health of India's 1.2 billion people.

The government's website with the index went live on Monday morning but could not be accessed.

“The Air Quality Index may prove to be a major impetus to improving air quality in urban areas, as it will improve public awareness in cities to take steps for air pollution mitigation,” Javadekar said as he launched the index at a conference on the environment.

But he gave little indication of what the government would do to improve air quality, except to say it would introduce new rules on disposing of construction waste.

The dust from India's thousands of industrial and construction sites adds to the fumes from millions of vehicles to create the toxic cocktail that urban Indians breathe.

At least 3,000 people die prematurely every year in India's capital because of high exposure to air pollution, according to a joint study by Boston-based Health Effects Institute and Delhi's Energy Resources Institute.

A WHO study of 1,600 cities released last year showed Delhi had the world's highest annual average concentration of small airborne particles known as PM2.5 - higher even than the Chinese capital Beijing.

These extremely fine particles of less than 2.5 micrometres in diameter are linked with increased rates of chronic bronchitis, lung cancer and heart disease as they penetrate deep into the lungs and can pass into the bloodstream.

India disputed the WHO's assertion, but has conceded that air pollution in the capital is comparable with that of Beijing.

The aim is to eventually cover 66 cities.

“We must think of traditional ways to tackle environmental issues,” he said in a speech to delegates.

“There can be green solutions in our age-old traditions,” he added, suggesting that Sundays could become “cycle day” on India's traffic-clogged roads.

An air quality index compiled by the US embassy in Delhi on Monday registered a PM2.5 reading of 175, which is considered unhealthy.

The reading from the US embassy in Beijing was just 53, which is considered moderate.

Though the government has yet to announce any major moves to tackle air pollution, policymakers have suggested restrictions on private vehicles, higher pollution-related taxes and stricter enforcement of urban planning laws.