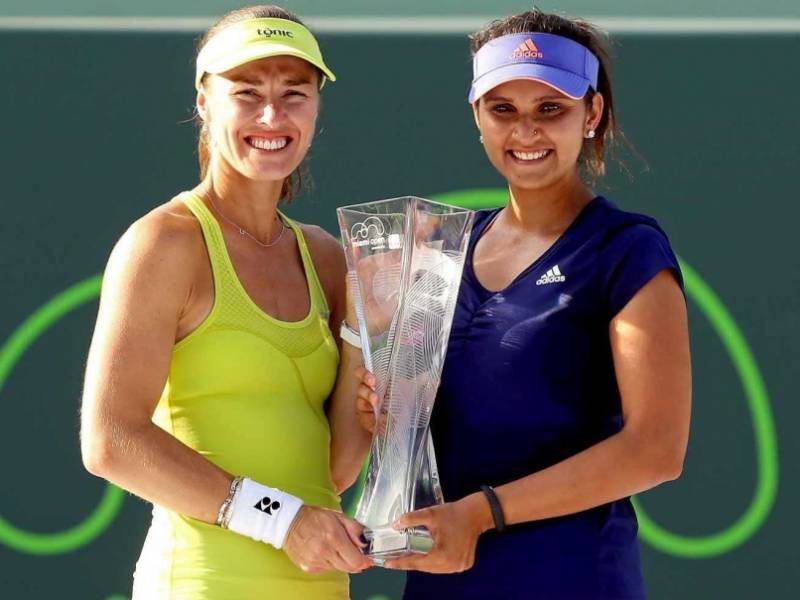 NEW DELHI (Web Desk) - Sania Mirza and Martina Hingis won the Miami Open title in women's doubles on Sunday by defeating Russian pair of Ekaterina Makarova and Elena Vesnina in straight sets. It was their second title in a row.

The Indo-Swiss team had also defeated the Russians in the final of the BNP Paribas Open two weeks ago.

Earlier, Sania and Martina breezed into the final with a straight sets win over Timea Babos and Kristina Mladenovic. Whereas, the No. 2-seeded Makarova and Vesnina beat No. 9 seeds Andrea Hlavackova and Lucie Hradecka in the semis.