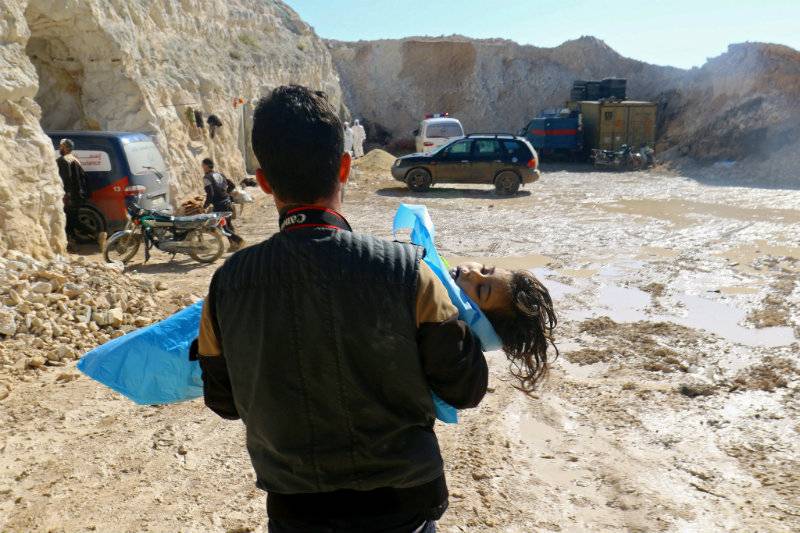 WASHINGTON/DAMASCUS - US President Donald Trump has condemned the killing of dozens of civilians in northern Syria, a day after the UN Security Council held an emergency meeting to discuss the suspected chemical attack that killed more than 80 people this week.

It was an "affront to humanity", Trump said in a statement on Thursday, adding: "When you kill innocent children, innocent babies, little babies... that crosses... many lines."

Asked during a meeting with Jordan's King Abdullah at the White House whether he was formulating a new policy towards Syria, Mr Trump told reporters, "You'll see." 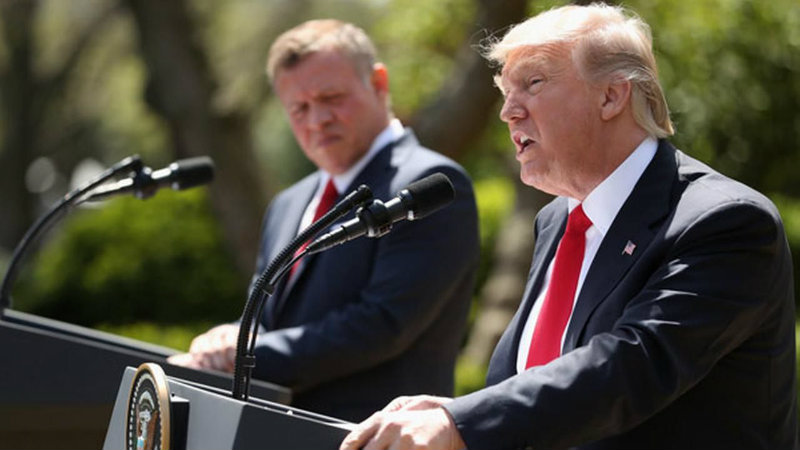 According to UK-based monitoring group Syrian Observatory for Human Rights, 86 people - 30 of them children - were killed in the chemical incident in Khan Sheikhoun, Idlib province, on Tuesday. Many more were critically injured, with some not expected to survive. 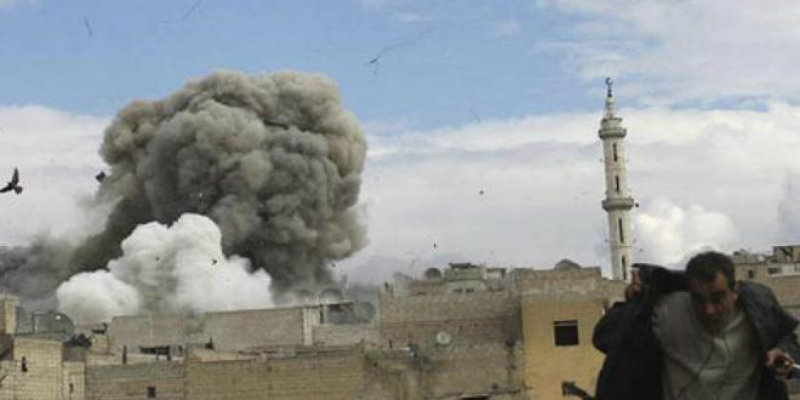 Muallem said an airstrike by Syrian military had targeted an arms depot where chemical weapons stockpiles were stored by Islamic State (IS, formerly ISIS/ISIL) and Al-Nusra Front militants.

He said it’s impossible that the army - which has been making significant gains in almost all theaters of the Syrian war - would use banned chemical weapons against its “own people” and even terrorists.

Asked if Damascus would allow a fact-finding mission to inquire into the Idlib incident, the Syrian minister said past experience of similar investigations was "not encouraging." He also stressed that he cannot predict "the reality of US intentions" in Syria.

Russia, Syria's ally, has acknowledged that government planes did attack Khan Sheikhoun but says the aircraft struck a depot producing chemical weapons, for use by militants in Iraq.

On Tuesday "Syrian aviation made a strike on a large terrorist ammunition depot and a concentration of military hardware in the eastern outskirts of Khan Sheikhoun town," Russian defence ministry spokesman Igor Konoshenkov said.

"On the territory of the depot there were workshops which produced chemical warfare munitions."

Meanwhile, Dmitry Peskov, spokesman for the Russian president, said the Kremlin believes the Syrian military will do its utmost to prevent chemical agents from falling into the hands of terrorists.

He added that while the use of chemical weapons in Idlib was “a dangerous and monstrous crime,” it is wrong and premature to label anyone as the perpetrator before a thorough investigation has been undertaken.

But US envoy to the UN accused Russia of covering up for Damascus. "Time and time again Russia uses the same false narrative to deflect attention from their ally in Damascus," Nikki Haley said during a heated UN Security Council debate in New York. 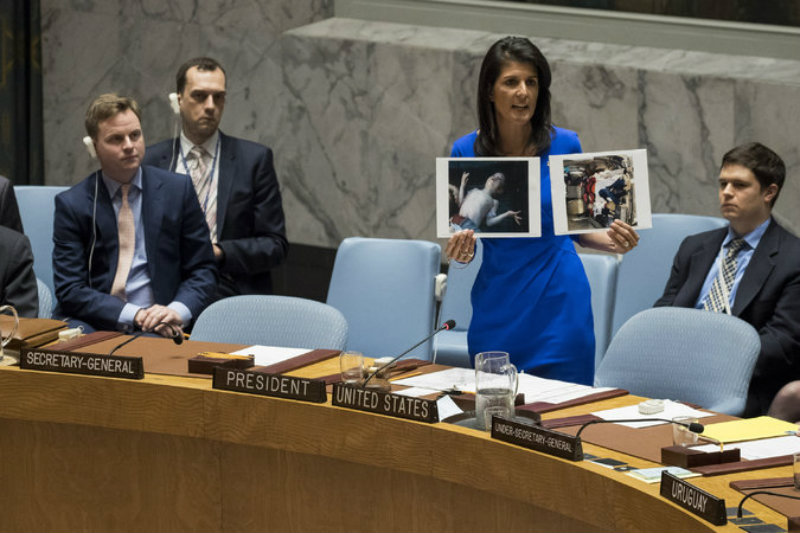 Hinting at possible unilateral action by the US, she added: "When the United Nations consistently fails in its duty to act collectively, there are times in the life of states that we are compelled to take our own action."

Footage and pictures following the Tuesday’s incident show civilians, many of them children, choking and foaming at the mouth.

Both the World Health Organisation and medical charity MSF said some of the victims had symptoms consistent with exposure to nerve agents.

Thirty-two people were taken to Turkey for treatment after Tuesday's air strike, and three of them subsequently died. 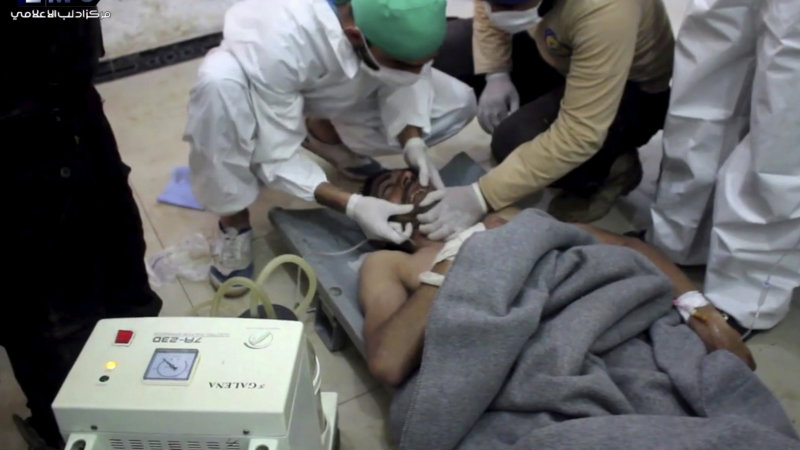 "Eight patients showed symptoms -- including constricted pupils, muscle spasms and involuntary defecation -- which are consistent with exposure to a neurotoxic agent such as sarin gas or similar compounds," MSF said in a statement.

Turkey's Justice Minister Bekir Bozdag said post-mortem examinations carried out on three victims of the attack had confirmed that chemical weapons were used, and that that President Assad's forces were responsible, the BBC reported. He, however, did not give details.

The U.N. Security Council, led by the United States, Britain and France, drafted a resolution Wednesday condemning the attack and calling for an investigation. But Russia said the resolution was "unacceptable."

More than 250,000 people have been killed in Syria's civil war and, after more than six years, no political solution to the fighting is in sight.