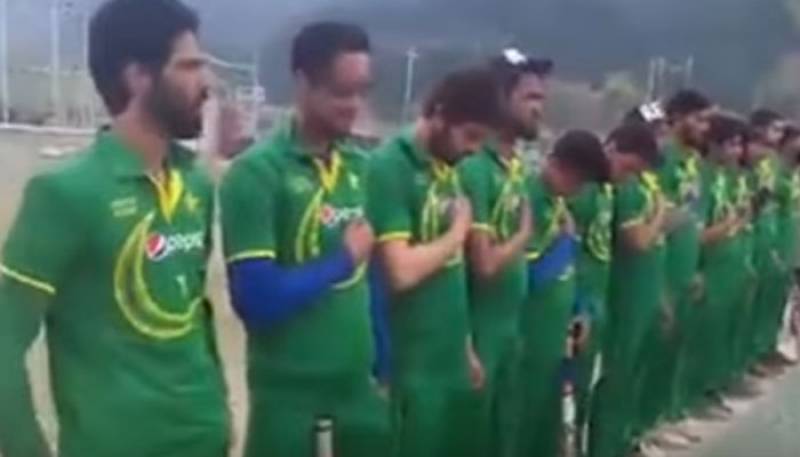 SRINAGAR - India, which claims to be the world’s largest democracy once again proved its version of democracy to be the fakest as it punished Kashmiri cricketers merely for wearing green shirts.

According to reports, a group of Kashmiri club players was detained by Indian authorities on Wednesday because they played a cricket match wearing green shirts and sang the Pakistani anthem before the start of the match.

A  cricket match held on Sunday at Wayil grounds in Ganderbal became a thorn in the Indian government's side as one of the playing teams, ‘Baba Darya Ud Din’, wore green shirts and sang the Pakistani national anthem to show their allegiance to Pakistan.

What added insult to the injury of Modi-led nuclear state is the fact that prior to the start of the match, the commentator announced that Pakistani national anthem would be played before the match as a ‘mark of respect’.

But as soon as the video clip of players went viral on the internet, raged government officials started pursuit of players and finally detained them.

The Central Kashmir deputy inspector general of police, Ghulam Hassan Bhat, said the cricketers were detained for questioning although it seems illogical to question someone for dress code.

'The boys are in the police station' he confirmed.

According to Hindustan Times, a team of the counter-terrorism National Investigation Agency (NIA) will fly from New Delhi to the Valley to probe the cricket incident.

There have been burgeoning incidents of Kashmiri locals showing their loyalty to Pakistan despite the fact that India has explored every option to keep Kashmir glued to its geography-defying international commitments.