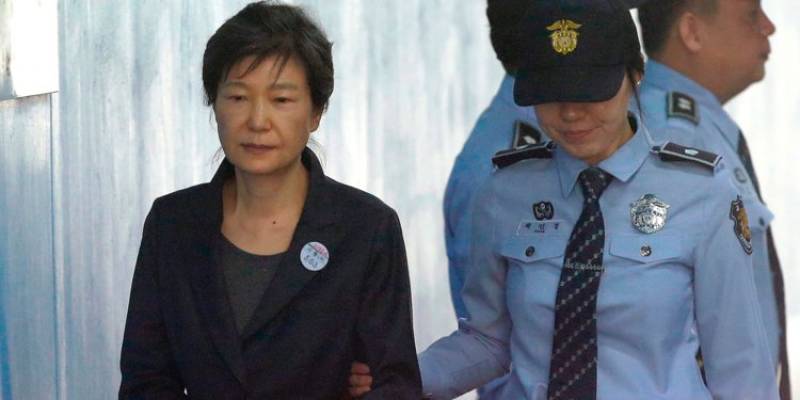 SEOUL -  Park Geun-hye, the former president of South Korea was sentenced to 24-years in prison on multiple counts of abuse of power, bribery and coercion.

The sentence announced on Friday - in the absence of ousted leader - is six years less than the punishment proposed by the prosecutors, however, the disgraced leader, who happened to be the first-ever female president of the country, denies any wrongdoing.

“It’s inevitable that the defendant should be held strictly responsible for her crimes if only to prevent the unfortunate event of (a president) abusing the power given by the people and causing chaos in state affairs,” chief judge Kim Se-yun said as he announced the verdict.

Park, who is termed a 'Queen of Elections' for successfully spearheading election campaign can challenge the sentence, in a week's span, which stemmed out of a scandal that had laid bare the 'unholy' links between conglomerates and political bigshots.

SEOUL - South Korea's Constitutional Court has upheld a decision by the country's National Assembly to impeach ...

Specifically, the 66-year-old former leader was accused of colluding with her friend Choi Soon-sil, who had been already sentenced to 20 years and pressurising 18 business groups including Samsung to donate a total of 77.4 billion won ($72.3 million) for the launch of two foundations administered by Choi.

The court also ruled that Park, in connivance with senior government officials blacklisted artists who were critical of her government to deny them state assistance programs.

The lady, who happens to be the daughter of the dictator, Park Chung-hee was also convicted of passing on presidential documents with sensitive information to Choi through one of her presidential aides.

Park hit a bad patch in her political stint when she was impeached by lawmakers in December 2016 and was subsequently removed from office by a Constitutional Court ruling in March 2017.

SEOUL - Following the orders passed by a court, ousted South Korean President Park Geun-hye has been arrested over a ...

Amid all the political point scoring and legal procedures, massive protests triggered across South Korea both in support and against Park.

It is noteworthy that hye's predecessor, Lee Myung-bak, who ruled from 2008 to 2013, is also currently in detention on allegations of multiple corruption charges but unlike Park, he finished his presidential term and was arrested in the wake of the latest scandal in March, 2018.