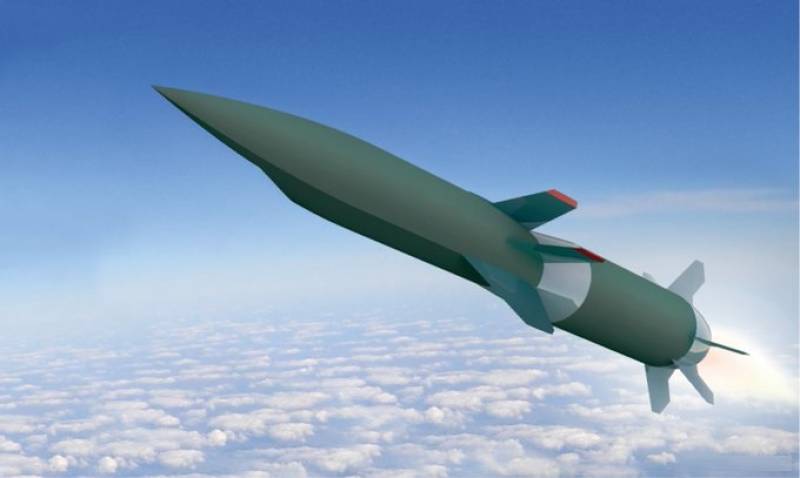 NEW YORK – The US military conducted a successful test of a hypersonic missile as it is making efforts to achieve more advance technology than its key rivals – China and Russia.

The Defense Advanced Research Projects Agency (DARPA) made the announcement, stating that it along with the US Air Force recently “completed a free flight test of the Lockheed Martin version of the Hypersonic Air-breathing Weapon Concept (HAWC)”.

The development comes as tension with Russian continues to mount due to its invasion of Ukraine.

“The vehicle, after release from a carrier aircraft, was boosted to its Aerojet Rocketdyne scramjet engine ignition envelope. From there, it quickly accelerated to and maintained cruise faster than Mach 5 (five times the speed of sound) for an extended period of time. The vehicle reached altitudes greater than 65,000 feet and flew for more than 300 nautical miles,” DAPRA explained in an official statement.

"This Lockheed Martin HAWC flight test successfully demonstrated a second design that will allow our warfighters to competitively select the right capabilities to dominate the battlefield,” said Andrew "Tippy" Knoedler, HAWC program manager in DARPA's Tactical Technology Office. “These achievements increase the level of technical maturity for transitioning HAWC to a service program of record.”

Air-breathing vehicles utilize air captured from the atmosphere to achieve sustained propulsion. The speed and maneuverability of such hypersonic cruise missiles allow both evasion of defenses and quick strikes. Their kinetic energy can effectively destroy targets even without high explosives.

Reports said that test was conducted in mid-March but it was not announced due to escalating geopolitical tensions surrounding Russian military operation in Ukraine.

In October 2021, China tested a nuclear-capable hypersonic missile, leaving the US intelligence shocked with its new advanced space capability.

"The test showed that China had made astounding progress on hypersonic weapons and was far more advanced than US officials realised," the Financial Times had said in its report.

MOSCOW - Russia announced on Monday that it has successfully test-fired a hypersonic ‘Tsirkon’ cruise ...